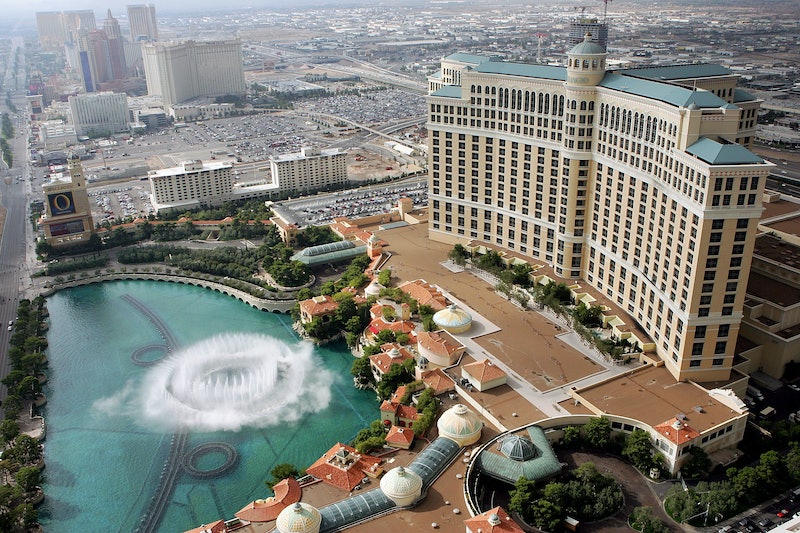 The Nevada caucuses are on the horizon, and they’ll bring American one step closer to determining the eventual Republican and Democratic nominees. However, the polls show a picture that’s hazy at best, and nobody is confidently predicting any results one way or the other. So, why is predicting Nevada caucus winners so difficult?

The answer is pretty simple, actually: There just hasn’t been very much polling in Nevada, especially relative to the earlier three primary states. In Iowa, there were no less than 90 polls taken before the caucus on the Republican field alone. In Nevada, by contrast, a grand total of eight GOP polls have been taken to date. It’s not much better on the Democratic side, where only nine polls have been taken so far in Nevada.

Having such a small sample size makes it very difficult to draw any strong conclusions about the state of either race. It’s also worth noting that, in addition to the lack of polls, there’s also a lack of diversity in polling organizations. Only two pollsters — CNN/ORG and Gravis — have actually surveyed Nevada so far. When you have a diverse group of pollsters, the shortcomings and errors in any given polling organization’s model are minimized, because they get diluted by all of the other pollsters’ results. That’s the opposite of what’s going on in Nevada right now.

Furthermore, Nevada is a notoriously difficult place to poll, even if surveys are actually being taken. For one, it’s a caucus state, and the caucus system encourages voters to change their minds at the last minute. As a tourist-heavy state that’s largely reliant on one industry, it has a transient and impermanent population, which results in low voter participation. It also has a relatively high number of cell phone users, but most pollsters contact people primarily over landlines.

Nevertheless, some forecasters and aggregation models have attempted to handicap the Nevada race. FiveThirtyEight’s “polls-plus” model gives a Hillary Clinton a 75 percent chance of winning the state. However, that model factors in not just Nevada polls, but also Clinton’s lead in national polling and endorsements‚ both of which are generally correlated with electoral success. When FiveThirtyEight only considers Nevada polls, Clinton’s odds of winning drop to 64 percent.

It’s a similar story on the Republican side, only reversed. FiveThirtyEight’s comprehensive forecast model gives Donald Trump a 66 percent chance of winning. However, if you remove the influence of national polling and endorsements, Trump’s odds of winning the state actually improve, jumping up to 79 percent, according to FiveThirtyEight.

Another source you could consult is PredictWise, a forecasting website run by a Microsoft economist that factors in not only polls but also betting markets and bookie odds. According to PredictWise, Clinton has a 59 percent chance of winning Nevada, while Trump’s odds stand at 78 percent.

So, what can we take away from all of this? Not much, other than that Trump and Clinton are nominal favorites to win the caucuses. Still, that’s based on a very, very small pool of data and as such, shouldn't be given much weight. Gambling is a big business in Nevada — but betting on the outcome of the state’s caucuses is probably a losing proposition.