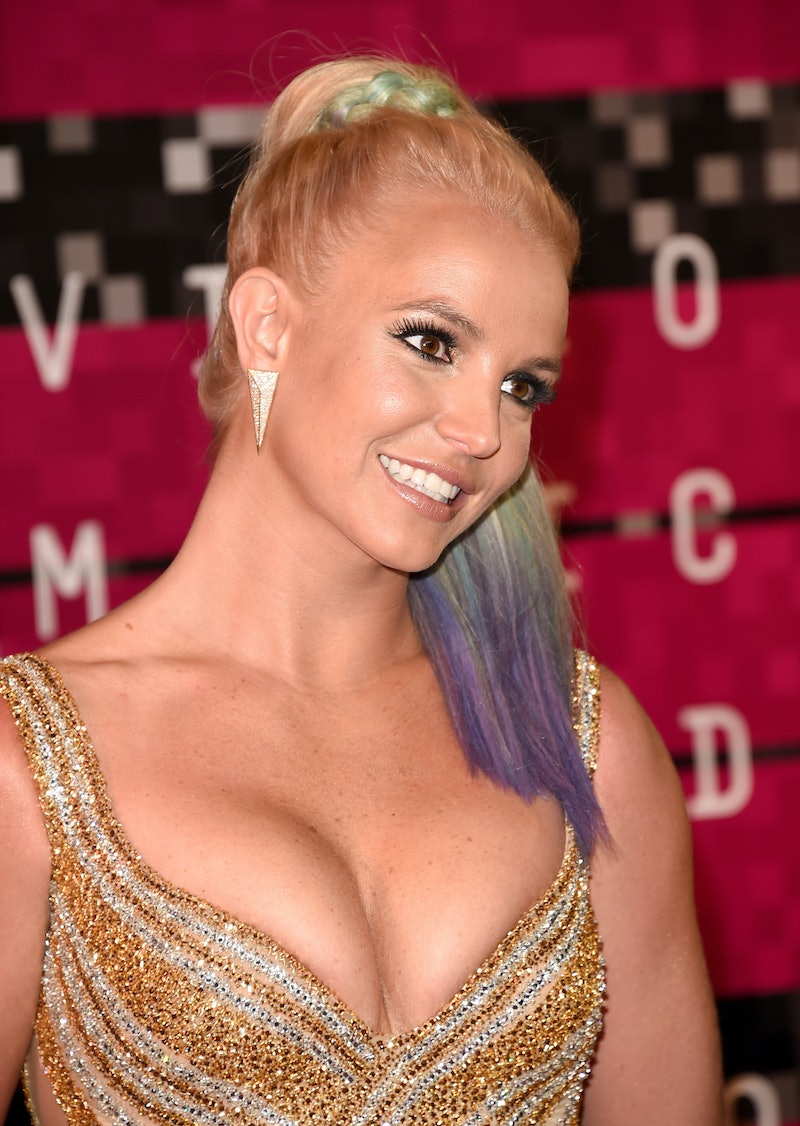 You'll definitely want a piece of this photo. In what can only be described as the ultimate power combo of politics and pop culture, Hillary Clinton and Britney Spears snapped a photo together in Las Vegas, Nevada. Yes, that would be Hillary and Britney, in one frame, at the same time — not Photoshopped, but in real time. What.

"Being in Vegas for #PieceOfMe is amazing for so many reasons... Especially when you get to meet @HillaryClinton!" the pop princess tweeted. Spears, who extended her wildly successful residence at Planet Hollywood through next year, has called Las Vegas home since 2013. Clinton, on the other hand, has been actively campaigning in the Silver State in preparation for Saturday's Democratic caucuses, and it seems even presidential candidates couldn't escape the lure of the Las Vegas Strip lights.

Who knows if Britney is actually among Clinton's faves on her playlist — Taylor Swift and Katy Perry made the cut for her campaign kickoff event last June — but I suspect Hillz might rock it out to "Stronger" or "Piece Of Me" after this choice encounter. After all, no one wears self-emancipation and liberation quite like Miss Spears. What's not clear, however, is whether the photo is Spears' official endorsement of the candidate.

An earlier tweet, which was deleted and replaced, originally had the hashtag #ImWithHer, a badge that Clinton voters use to share their support for the Democrat. As of 2012, Spears technically leaned Republican, though she has never officially endorsed a presidential candidate in elections past.

Regardless, there's still plenty of time for Spears to throw her sequined self behind a candidate of either side if she chooses to step up her star power this year. All that's required is that she hits us with another photo like this one.