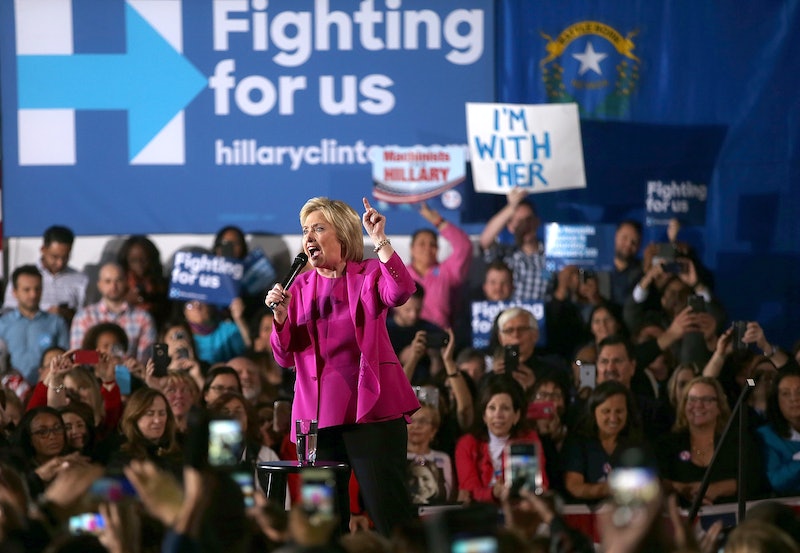 Democrats are currently eyeing the Nevada Caucus, which is set to take place on Saturday. The South Carolina Primary is not far behind, however, and one candidate may already have an advantage. Hillary Clinton's South Carolina endorsement from Rep. Jim Clyburn could not have come at a more pivotal moment for the candidate. The legendary congressman is entering his 24th year serving the people of South Carolina. He has work with both candidates in his current position and found both to be "pleasant and enjoyable," though Clyburn indicated that he had been leaning towards Clinton for quite some time.

Clyburn is the highest ranking African-American official in Congress as the Assistant Democratic Leader in the House of Reps — a title that carries heft far beyond the Palmetto State. The endorsement is a key voice of support and may cement what appears to be an impressive lead by Clinton. According to a recent NBC News/WSJ/Marist poll, the former secretary of state leads Bernie Sanders by a massive margin, especially when it comes to African-American voters. Given the breakdown of voter demographics in South Carolina — there are far more African-American voters than in the previous New Hampshire Primary — an endorsement by Clyburn only furthers Clinton's momentum as she and Sanders prepare for the Saturday, Feb. 27 event.

Clyburn held a press conference at Allen University in Columbia on Friday to announce his decision. He stated that he was ready to "get engaged" in the political process, citing a previous hesitation that had led to his staying neutral until this moment. Clyburn said:

My heart has always been with Hillary Clinton but my head had me in a neutral corner. But after intensive discussions with my wife, Emily, who is here with me today, our children and grandchildren and other constituents and friends here in South Carolina and across the country, I have decided to terminate my neutrality and get engaged... In spite of how it may sound sometimes, campaigns are, and should be, about the future. And I believe that the future of the Democratic Party and the United States of America will be best served with the experiences and know-how of Hillary Clinton as our 45th president.

Clinton is thrilled at the endorsement and tweeted her appreciation following Clyburn's announcement. Indeed, it is has been an impressive week for the candidate, who managed to nab a powerful endorsement from Geneva Reed-Veal as well. Veal is the mother of Sandra Bland, a woman who was found dead in a Texas jail cell under suspicious circumstances following a routine traffic stop. Her mother penned a moving poem that captures her endorsement on multiple levels, including the meaningful meeting Veal had with Clinton following Bland's tragic death. If Clinton maintains such impressive momentum, she may very well nab the Democratic nomination.