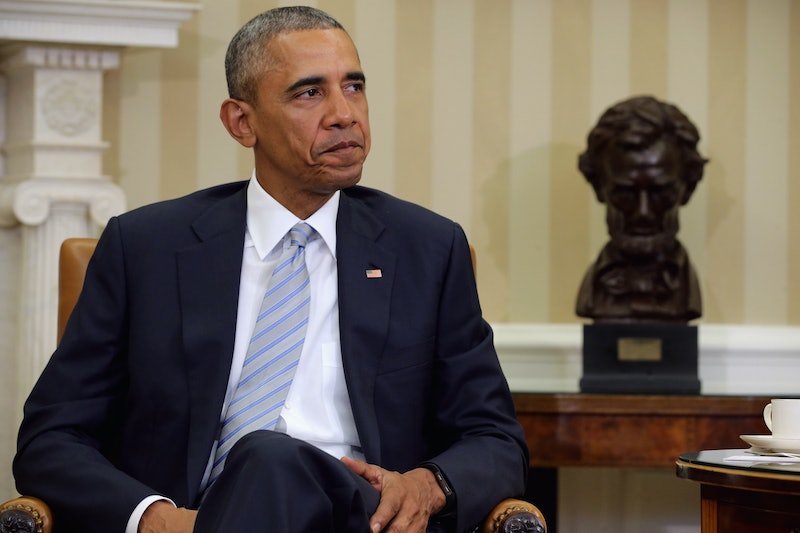 One of the most influential American authors passed away on Friday. Harper Lee was 89 year old when she was confirmed to have died in her hometown of Monroeville, Alabama. A reclusive figure, her work nonetheless spoke volumes and will continue to resonate with readers. Her award-winning debut, To Kill A Mockingbird, has become essential reading the world over. President Obama's Harper Lee tribute perfectly highlights just how meaningful her writing continues to be, opening with a moving quote from that groundbreaking first novel. The acclaimed book was published over five and a half decades ago, in 1960. To Kill A Mockingbird proved so popular that it was adapted into a film shortly after.

This is where Obama first had an opportunity to reveal his personal love of Lee. Prior to a 50th anniversary screening in 2012 on the USA Network, President Obama delivered an introduction to the film, praising the cinematic adaptation. The commander in chief called the book an American classic as well as a family favorite. It is the inspiring figure of Atticus Finch that the president especially praised, stating that the story surrounding the lawyer and his family depicts "an unforgettable tale of courage and conviction, of doing what was right no matter the cost." He echoed that statement in his tribute to the deceased author.

Lee was presented with the National Medal of Arts in 2010 from the president as well, though she was unable to attend the ceremony. Rarely was Lee in the public eye in her later years, though she was honored by another president for her literary efforts in 2007. George W. Bush awarded the author the Presidential Medal of Freedom. She sadly suffered a stroke that same year. It's around that time that she began to quietly settle back into life in Monroeville.

The few times that Lee was interviewed, the writer frequently stood up for small town Southern life, pointing to just how pivotal her roots had been to her writing. To Kill A Mockingbird served as a shining example of what Lee saw and experienced as a south Alabama native. As Obama pointed out in his tribute, Lee's prose and passages extend far beyond Monroeville. They point to a universality that has rarely been captured before or since. Obama said:

She showed us the beautiful complexity of our common humanity and the importance of striving for justice in our own lives, our communities, and our country... there is no higher tribute we can offer her than to keep telling this timeless American story — to our students, to our neighbors, and to our children — and to constantly try, in our own lives, to finally see each other.

As that opening quote is meant to foreshadow the mysterious and misunderstood Boo Radley yet speaks of more than that one character, so too does the sheer act of "finally seeing each other" go far deeper than a singular interaction. Obama's tribute perfectly sums up the transcendental nature of Lee's writing and its power to unite.