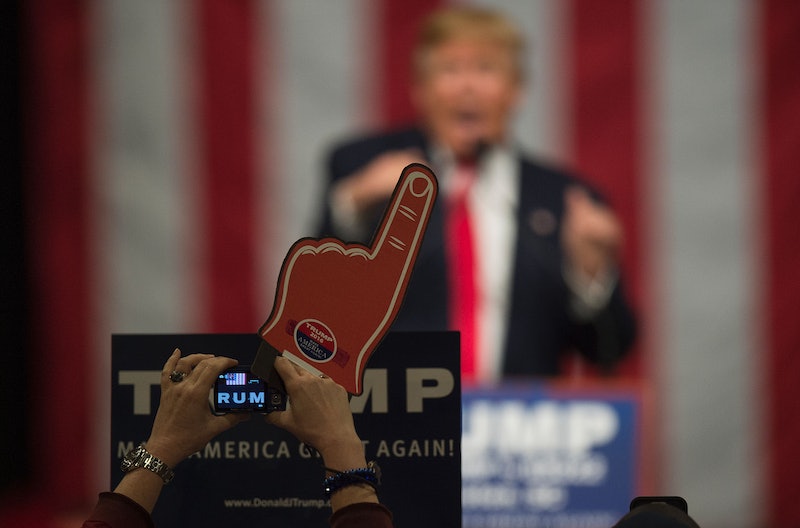 Two more states are about to cast their votes in the GOP primary, and they could be decisive. South Carolina Republicans will head to the polls on Saturday, while the Nevada caucuses will be held three days later. The polls are somewhat ambiguous on both sides, but there’s one key outcome that could make Donald Trump the nominee regardless of what else happens in later states.

And that outcome is a Trump victory in South Carolina. If Trump wins the Palmetto State, he will almost win more delegates than anybody else and — unless there's a brokered convention — become the Republican nominee. That’s not because South Carolina is a particularly delegate-heavy state (it isn’t), or because Trump winning the state would convince the other Republicans to withdraw from the race (it wouldn’t).

No, the reason a Trump win in South Carolina would be so important is because of what it would reveal about his competition. Trump already won a resounding victory in New Hampshire, a relatively moderate state by Republican standards. If he can also win in South Carolina, where Republicans are far more conservative, then where can he be stopped?

A lot of this comes down to demographics. The candidate most well-positioned to snatch the Republican nomination from Trump is Ted Cruz, who already won in Iowa and is currently jockeying with Marco Rubio for second place in South Carolina polls. Cruz, as many have noted, is very conservative, and he’s made an aggressive effort to court Evangelical Republicans. In Iowa, this worked: Republicans who identified as “very conservative” went for Cruz more than any other candidate, and so did white Evangelical and born-again Christians.

South Carolina, then, should be a cakewalk for the junior senator from Texas: Among the state’s Republicans, 62 percent are Evangelical Christians, and a plurality of 40 percent identify as “very conservative.” If there’s any state that Cruz should win — and has no business losing — it’s South Carolina.

And yet despite his demographic advantage, he’s struggling in the state. Cruz’s favorability in South Carolina is underwater, and he’s consistently polling between 10 and 20 points behind Trump. If Cruz can’t win in South Carolina — or worse yet, if he can’t even come within 20 points of winning — where exactly is he going to win?

The same goes for every other non-Trump candidate. None have been able to top Trump in conservative, religious South Carolina, despite the fact that Trump isn’t very conservative and was just accused of being “not Christian” by none other than the Pope himself.

It’s not that South Carolina is the last chance to stop Trump. It’s that a Trump win in South Carolina will reveal that, in reality, the other candidates never had a chance at all.