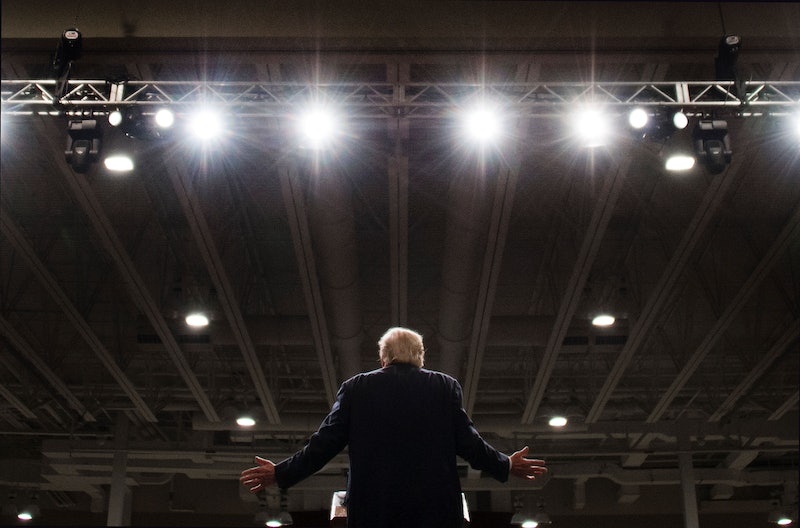 Fresh off his victory in New Hampshire, Donald Trump is now on track to win a big win in the South Carolina primary this Saturday. The dominance of Trump's campaign, as well as the refusal of many to believe that Trump might actually win, is leading to increased speculations that the GOP might be headed toward a contested convention. As Republican officials dust off convention rulebooks in preparation for the possibility, many others are curious: How would superdelegates affect a contested convention?

In short, not very much of a role. The GOP has about 2,472 delegates, and 168 of them are "super" (or unbound). In theory, they can vote for whoever they want, and would thus have a lot of power at a contested convention. However, the Republican National Committee changed its rules in 2016, and so this year, those 168 superdelegates won't actually be super at all. Instead, they'll be obligated to vote for the candidate that their state supported, either on a proportional or a winner-take-all basis.

If the convention is contested, however, this will change. How exactly it will change is complicated, and requires a look at how convention voting itself works.

That's where things get interesting. The delegates have to keep voting until more than 50 percent of them rally behind one candidate, and so multiple rounds of voting are held. In between these rounds (which are officially, and confusingly, called "ballots"), the candidates and their supporters will lobby individual delegates, attempting to convince them to change their votes. This keeps going until one candidate secures the support of more than half of the delegates.

But wait, you're asking. Aren't all of the delegates, even superdelegates, required to support the candidate that their state voted for? If that's the case, how can they change their vote midway through the convention?

The answer is that some delegates will suddenly become free agents if the convention is contested. Whether this happens, and how, is different for each delegate, simply because each statewide branch of the Republican Party sets its own delegate rules.

In the majority of states, delegates become unbound if the first ballot of voting doesn't produce a nominee. In some states, like Texas, delegates don't get freed up until the second ballot is also inconclusive. Others, such as Kansas and Alabama, don't allow delegates to become free until they get permission from the actual candidate to whom they're bound. These rules apply to all delegates, super and otherwise.

The bottom line is that if the GOP does indeed end up with a contested convention, the nomination would not be decided by an elite group of superdelegates. It'll be way, way messier than that.