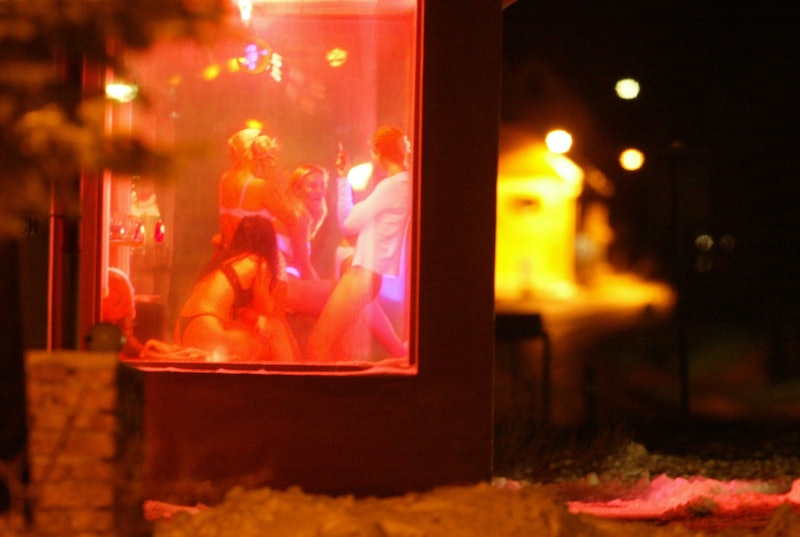 With Super Bowl XLVI taking place in East Rutherford, New Jersey on February 2, local cops began preparing for an influx in sex trafficking in early January. Cindy McCain called the Super Bowl the “the largest human-trafficking event on the planet.” Wherever it's held, Super Bowl coverage now routinely features reports on a flood of sex workers and sex trafficking. But real evidence that the Super Bowl is a "sex-trafficking magnet” just isn't there. As in past years, projected sex trafficking numbers have been inflated and wrong. According to Mogulescu:

No data actually support the notion that increased sex trafficking accompanies the Super Bowl. The Global Alliance Against Traffic in Women, a network of nongovernmental organizations, published a report in 2011 examining the record on sex trafficking related to World Cup soccer games, the Olympics and the Super Bowl. It found that, “despite massive media attention, law enforcement measures and efforts by prostitution abolitionist groups, there is no empirical evidence that trafficking for prostitution increases around large sporting events.”

Many reports are based on tangential things like a spike in prostitution ads on Craigslist, equating all sex-for-sale with sex trafficking. And with increased attention to sex work of all sorts, sex workers of all sorts wind up targeted by local law enforcement. Mogulescu's group represents most people arrested on prostitution charges in New York City. She says these sorts of crackdowns wind up harming everyone engaged in prostitution, trafficked or not. The NYPD alone made 298 prostitution-related arrests in January.

"These arrests are not indications of an increase in prostitution activity, but rather of an increase in policing," Mogulescu concludes. But addressing human trafficking shouldn't mean harming victims further with prosecution in criminal court. And it shouldn't mean treating all sex workers as trafficking victims either. For more on why not all sex workers need saving, read Andrea Garcia-Vargas' interview with the sex worker activists behind #NotYourRescueProject.