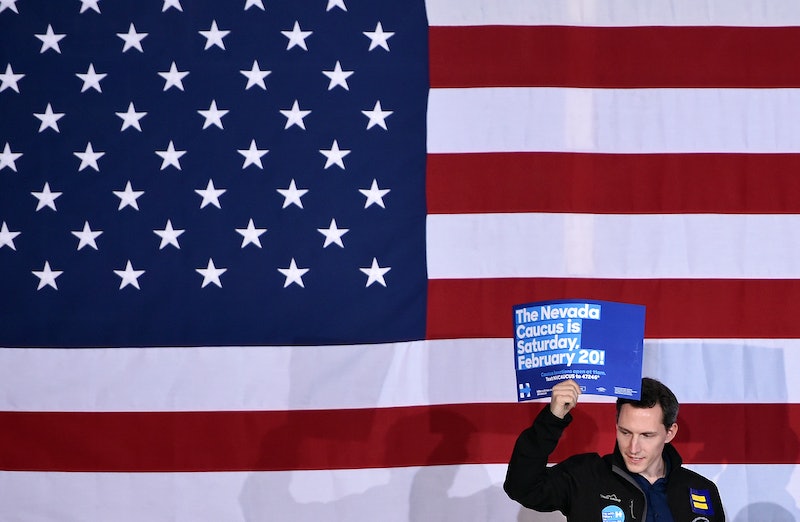 On Saturday afternoon, multiple TV networks reported that Hillary Clinton had won the Nevada caucus. Minutes later, Clinton tweeted: "To everyone who turned out in every corner of Nevada with determination and heart: This is your win. Thank you. -H." She also changed her social media icon to an image that read, "Thank you Nevada." The Associated Press called the race at 5.15 ET, with just under 65 percent of precincts having reported their results. At the time Clinton's win was called, she had 52.2 percent of the vote, with Sanders claiming 47.7 percent of the vote — a narrow victory for Clinton.

Although Sanders scored highly with young and Latino voters, he was ultimately edged out by Clinton. Every race between the only two remaining Democratic candidates thus far has been tight, with Clinton narrowly beating Sanders in Iowa with a small percentage of the vote, and Sanders beating Clinton in New Hampshire. MSNBC reports that Clinton will immediately move on to Texas and begin campaigning in that state.

Nevada had long been predicted to see a Clinton win — although the margin between Clinton and Sanders had seemingly shrunk in recent weeks — and Nate Silver of respected blog FiveThirtyEight writes, "it’s possible that Bernie Sanders will win every state caucus from here on out."

The Nevada GOP caucus will be held three days after its Democratic counterpart, on Feb. 23.