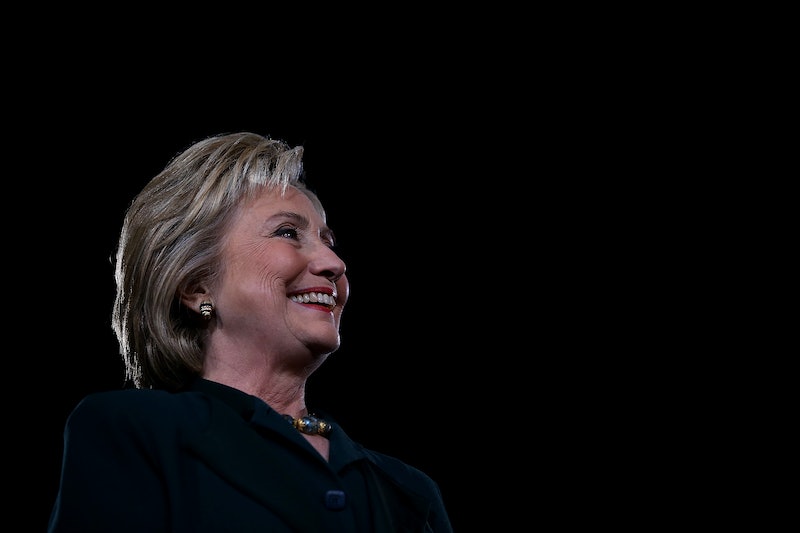 Claiming a victory after her New Hampshire primary loss, Hillary Clinton won the Nevada Democratic caucus on Saturday. To some analysts, her win in Nevada, the first state in this election cycle with a significant minority population, was critical to proving Clinton could solidly reclaim her frontrunner status from Bernie Sanders and lead the Democrats to the White House. But how big of a win was it actually for Clinton in terms of delegates?

Of the 35 delegates up for grabs in the Silver State, multiple outlets are estimating that Clinton is set to nab 18-20 delegates, while Sanders is set to snag 15 to 17 of them. As the delegate breakdown shows, Clinton's Nevada victory was far from a landslide. Sanders' campaign is already attempting to paint the Nevada caucus results as another "virtual tie," akin to the Iowa caucus outcome. "The final results are in from Nevada and it looks like we’re going to leave another state with roughly the same number of delegates as Hillary Clinton," stated an email sent to Sanders supporters just after 6pm ET.

According to NPR, Clinton can now claim 501 delegates after the Nevada caucus, while Sanders can claim 69. However, the vast majority of Clinton's current delegate count comes from the increasingly-controversial superdelegates.

Clinton and her supporters haven't hesitated to claim the Nevada caucus results as a decisive victory in her quest to earn the Democratic nomination. Stephanie Schriock, president of the pro-Clinton EMILY's List, released a statement:

Nevada sent a clear message tonight: Hillary Clinton is the leader to bring all communities together in our nation. She understands the importance of race and gender in our economy, she sees the impact our broken immigration system has on families, and she has a real plan to raise incomes and lower debt for American families

Clinton tweeted from her account, “To all my supporters out there—some may have doubted us, but we never doubted each other. This one’s for you."

Clinton and Sanders will next face off in South Carolina on Feb. 27, where some polls have the former Secretary of State leading by double-digits, according to Reuters.