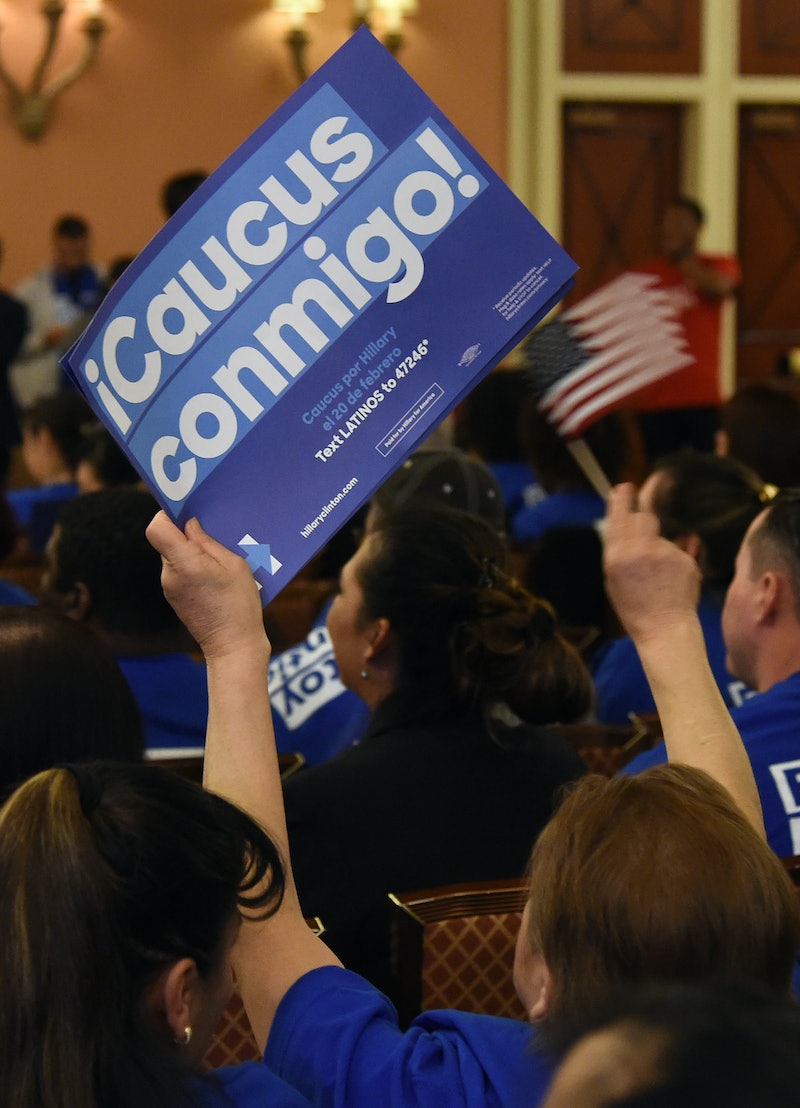 With more than 60 percent of precincts reporting already, the Nevada caucus has already been called for Hillary Clinton. Nevada Democratic party officials say that more than 80,000 people voted in the Nevada caucus, helping launch Clinton to a victory that was more hard won than initially predicted. Clinton nabbed seven counties, plus Carson City, while her opponent Bernie Sanders won nine less populated counties. Clinton's margin of victory is expected to fall within five points, proving exactly how much every vote counted in determining the winner of this race.

As always, voter turnout is incredibly important, on a civic and statistical level. Clark County, where Las Vegas is located, had the highest turnout in the state by county, with over 5,000 caucus goers showing up to participate in the historic event. However, this was a sharp decrease from almost 8,000 voters in 2008 — statewide, turnout was down by more than 30,000 voters from the last contested election year.

Even though turnout was disappointing, minority voters made a big showing on Saturday, making up more than one-third of the electorate. Clinton carried the African American vote with a 54 percent margin in entrance polls, tracking with her support from black voters across the country. However, the Latino vote that both candidates intensely courted was split more evenly — Sanders polled at 53 percent and Clinton at 45 percent.

Clinton was predicted to carry the minority vote, but the close margin within the state overall was something of a surprise. Polls up until the beginning of February showed Clinton with an insurmountable lead over Sanders — margins stretched into the double digits as late as December. However, Sanders' gaining traction, celebrity endorsements, and dominant victory over Clinton in New Hampshire proved him to be a viable presidential candidate. Clinton's margin slowly disappeared over weeks, leading up to a very close race on Saturday in the Silver State. However, Clinton pulled out the victory in the end, furthering her position as the party frontrunner.

By preliminary estimates, Clinton will add 18 more delegates to her convention party, and Sanders will add 14. According the Cook Political Report scorecard, Sanders missed a critical margin of 19 delegates to be considered on track for the nomination. However, Sanders was already behind in Nevada — Clinton has three superdelegates from Nevada pledged to her support, while Sanders has one. Four more unpledged delegates are still up for grabs, but Sanders' defeat, while anticipated, strikes yet another blow in his campaign. This incredibly close caucus race may come back to haunt him in July.