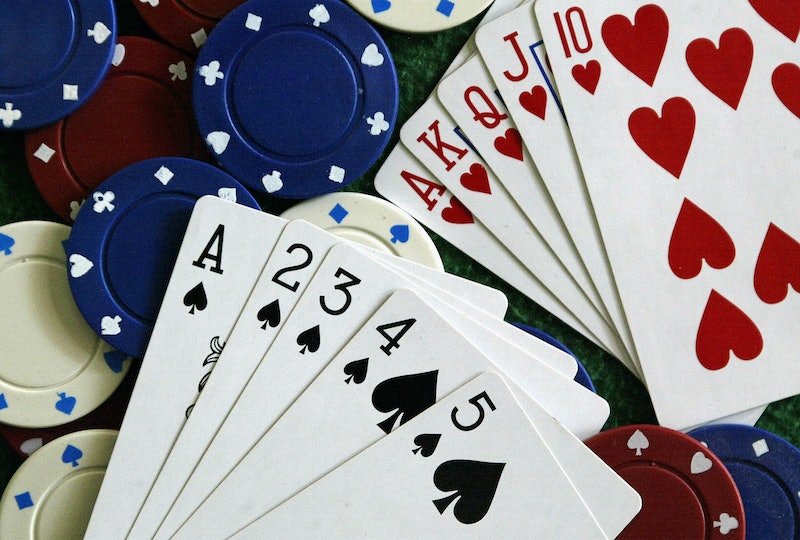 In the Nevada Democratic caucus Saturday, a tie between Bernie Sanders and Hillary Clinton in one precinct was broken by a card draw. Each candidate's precinct captain drew a card — an ace for Clinton and a six for Sanders, giving Clinton the Pahrump precinct's final delegate. While the entire point of caucuses and primaries is to give voters the opportunity to choose the Democratic and Republican nominees for president, Nevada's card draw made the caucus more about luck than public support.

Nevada's Democratic party determined ahead of time that a winner would be determined by a card draw in the case of a tie, giving each precinct an unopened deck of cards. The game of chance tiebreaker was put into use in Pahrump after the 30 voters were split right down the middle, with 15 for Clinton and 15 for Sanders. According to CNN, the rules required that the deck be shuffled at least seven times after the joker cards were removed, and aces were considered high. However, The Wall Street Journal reported that Pahrump's chairwoman shuffled the deck only three times per the request of both campaigns' representatives. Because Democratic caucuses and primaries award delegates proportionally, both Clinton and Sanders won some of Pahrump's, but the draw gave Clinton the fifth and final delegate.

It may have only been one delegate, but basing a precinct's winner on a card draw changes the whole system from one of democratic voting to a game of chance. The Clinton campaign was no doubt happy that they won the Pahrump delegate, but it was purely luck. With the available results, it appears she beat Sanders in Nevada 52 percent to 48 percent, so the high-card draw didn't tip the scale one way or the other. Still, a small portion of the Democratic presidential nomination process was decided by a deck of cards. Stop and think about that.

However, Nevada is not alone in the game of chance approach. Similarly, coin tosses determined which Democratic candidate won at least seven delegates in the Iowa caucus because of ties between Clinton and Sanders. The Iowa caucus was a much closer race than Nevada, but the coin tosses didn't necessarily win Iowa for Clinton, as NPR reported that both candidates won some of the coin tosses.

Utilizing high-card draws and coin tosses in presidential caucuses seems antiquated, but it's still how ties are broken in 2016. Clinton is apparently a lucky lady — her campaign representative drew the highest possible card, giving the Sanders campaign no hope of winning the delegate in question.