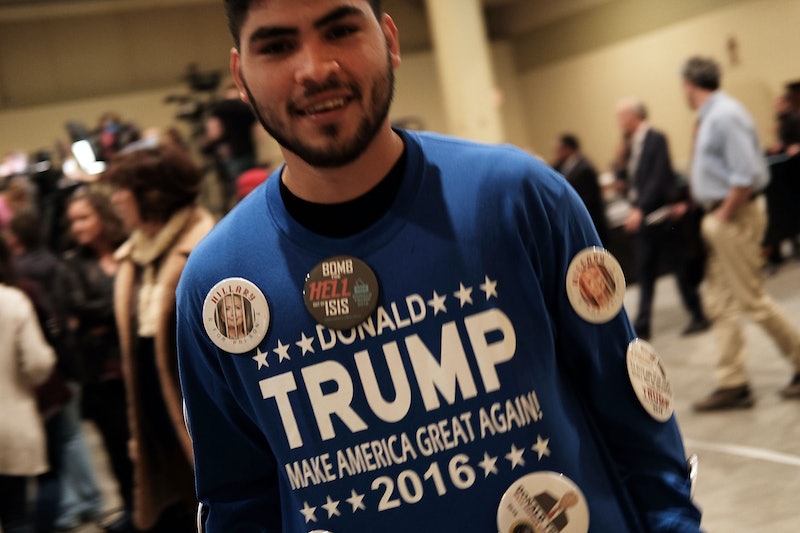 Saturday night in South Carolina and Nevada was an evening of high stakes for presidential candidates from both sides of the aisle. Democratic presidential hopefuls went in with one primary victory each, and almost every GOP candidate had reasons to look to South Carolina for a sign on how to proceed with their campaigns afterward, if at all. With the Nevada caucus results coming in earlier than expected, you might assume Hillary's big win would make anything else seem sort of irrelevant. Here are the best South Carolina primary memes and jokes that prove the Nevada caucus didn't steal the thunder from the Republicans because Americans were still plenty entertained by the results coming out of the Palmetto State.

Hillary's not-so-landslide victory wasn't exactly unexpected, but how quickly a majority of Nevada residents decided to back the Democratic frontrunner came as a bit of surprise to folks across the country. South Carolina had an answer for Americans pretty quickly, too, though. Just a half hour following polls closing in South Carolina, GOP frontrunner Donald Trump was projected the primary winner. And citizens on social media wasted no time in sharing their clever quips on the South Carolina results, demonstrating that Nevada in no way wore them out.

1. At Least Jeb Is A Good Father

The younger Bush brother has to be good at something, right? If his campaign is over after South Carolina, at least he can be confident that he's good at raising "the little brown ones," as H.W. Bush referred to them back in 1988.

2. Trump's Campaign Is No Political Ploy

This tweet is hilarious in that so-scary-there's-nothing-else-to-do-but-laugh kind of way. There's no denying that Trump 2016 is real now.

3. Just The Beginning For Ben Carson

The results were definitely not official just an hour and a half after polls closed in South Carolina, but no one was doubting that candidate Ben Carson would finish far from the top. That is, except for Carson himself.

4. These Pretzels Are Making Rubio Thirsty

Even when Rubio's pumped up, thinking he's got the number two spot in the bag, he looks parched and pretty close to the image of someone who's just crossed a desert. Get the man some Poland Spring, please.

5. The Beautiful Vagueness Of Trump

There's really no need for specifics, is there? When there's such faith in a candidate that America will be doing all the winning once again, details are pointless.

Or maybe the people still donating to the Carson campaign aren't people at all, but a clowder of kitty cats that Carson has hypnotized into following him around.

7. Carson Secret Service Is (Still) In The House

Another humorous point that is painful as it is funny. Maybe the Secret Service detail is there these days to prevent voters from throwing too many changes of clothes at Carson.

Can someone get that going, though? Or one of the tracks from Hamilton. In place of the next GOP debate, CNN could just host a Broadway lip sync battle instead.