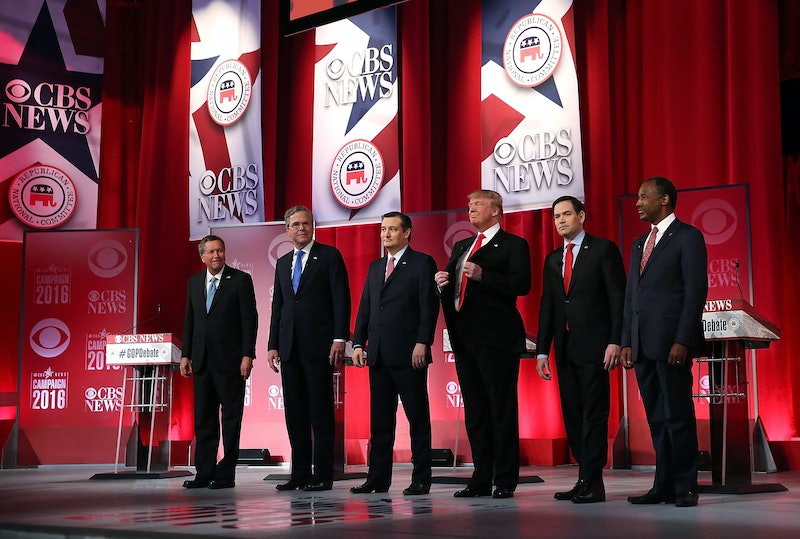 South Carolina Republican voters took to the primary polls Saturday, giving Donald Trump a vital victory over his opponents. Trump's strength was surprising considering he spent less money campaigning in the state than several of the other contenders. How much money each GOP candidate has spent on the 2016 race so far says a lot about who's scrambling to gain voters' attention and who's cruising to the top.

Trump continues to remind voters that he's the only candidate who's fully funding his own campaign, not taking donations from super PACs or donors. However, Politico reported that he isn't really self-funding his presidential bid and received more than 70,000 "unsolicited donations." Trump has contributed through in-kind gifts (paying for supplies and expenses rather than donating money) and loans. His Republican opponents have raised millions through super PAC support and a few have spent more than double what Trump's campaign has spent.

By comparison, Democratic candidates Hillary Clinton and Bernie Sanders have each spent more than any GOP contender. The New York Times reported that Clinton spent $77.6 million in 2015, and Sanders spent $46.7 million.

Take a look at how much each GOP candidate still standing has spent in the 2016 election.

According to The New York Times, Trump spent $12.4 million on his campaign in 2015, of the total $19.4 million raised. However, the $1.8 million raised through political action committees was not included in those totals. Looking purely at TV and radio advertising in South Carolina, Trump spent $1.78 million.

Based on the same Federal Election Commission (FEC) reports analyzed by The New York Times, the Cruz campaign spent $28.4 million of $47.1 million raised by the candidate. Separately, he had $42.8 million from super PACs. In South Carolina alone, Cruz spent $2.34 million on ads, on top of the $4.73 million his super PACs doled out in the state, according to Morning Constant.

Marco Rubio spent a total of $22.6 million in 2015, according to The Times. At the time, his campaign had raised $29.7 million, while his super PACs had $31.7 million. The Rubio campaign spent the most of any candidate on TV and radio ads in South Carolina — $4.71 million, with his super PACs contributing an additional $7.34 million, according to Morning Constant's analysis.

Although Trump has spent much less than Cruz and Rubio (who have consistently ranked in the top three with Trump) he beat them both in the first southern primary.