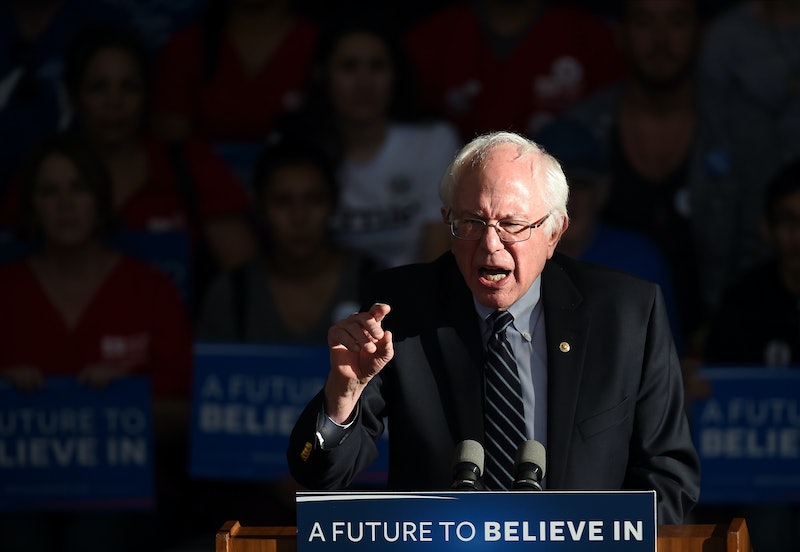 Actress and Hillary Clinton supporter America Ferrera claimed Bernie Sanders fans chanted "English only" at a caucus event in Las Vegas, where Ferrera was stumping for the former first lady. "Harrah's casino site- Bernie supporters chant "English-only" to stop civil rights leader @DoloresHuerta from providing Spanish translation," Ferrera posted on her Twitter page, which was quickly followed by an affirming tweet from Huertas, who wrote, "I offered to translate & Bernie supporters chanted English only!" But is it true Sanders supporters really chanted that?

A video quickly surfaced allegedly showing the caucus site in question. The video isn't of the highest quality so there is some distortion of the sound and images, but though the event certainly seems loud and a bit unorganized, there is no chanting distinguishable through the confusion. It's possible that the video didn't catch the chanting specifically, but a woman's voice shouts about Huerta at the end of the video, so it most likely shows the moment in question.

There are also conflicting witness reports about the event, casting more doubt on Ferrera's and Huerta's statements. A Bernie supporter came forward on Twitter to dispute Ferrera's claim, stating that the moderator of the event said "English only," not any Sanders fans. Snopes.com reportedly got in touch with the woman, who said 10 other nurses, as well as actresses Susan Sarandon and Gaby Hoffman, could back up her claim that Sanders supporters were not chanting. She didn't deny that someone in the room said "English only," but she was insistent that there were no chants from Sanders supporters.

The Sanders campaign has yet to release a statement on the incident. Sanders was already struggling with minority voters — Clinton carried the African-American vote in Nevada by a gigantic margin of 54 percent, and polls for South Carolina show that Sanders' only supportive demographic is white people. Sanders won the Latino vote in Nevada, but just barely, and he needs to hold on that margin if he has a chance against Clinton in the later primaries. A story like this could totally kill that chance, and even if the story turns out not to be true, it's the kind of incident that can change perspectives on a massive scale. Despite his outspoken commitment to racial justice, Sanders hasn't been pulling support from minority voters, and this quickly burgeoning scandal isn't likely to help Sanders if he doesn't get out in front of it.