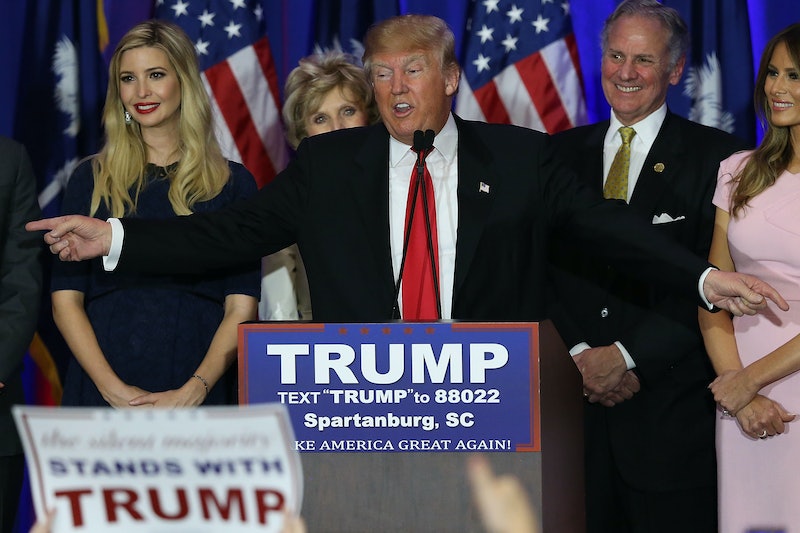 On Saturday night, the shape of the Republican primary race came into sharp focus, and it's not good news for the two remaining candidates left looking in from the outside ― with a strong win by frontrunner Donald Trump, and respectable finishes from Marco Rubio and Ted Cruz, the GOP now has a three-candidate race on its hands. And while races usually start with more candidates than that, this is a position the Republicans have eventually found themselves in before. So, are there any lessons or similarities to examine?

Over the last 40 years ― a relatively modern time frame is probably the most instructive, if indeed there are any similarities to be found ― there have only been eight primary races in which there was either no incumbent Republican president, or a significant primary challenge was mounted against them (the un-elected Gerald Ford's 1976 campaign forced him to fend off a serious challenge from conservative wing challenger Ronald Reagan).

And out of those races, five of them ultimately boiled down, at one point or another, to three credible candidates going toe-to-toe. While obviously it's open to interpretation who's credible and in-the-hunt and who's not, here's what I'd consider the GOP races that arguably fit the bill.

And, of course, the race as it appears to be now in 2016, with Trump, Cruz, and Rubio leading what's now just a five-person field ― Jeb Bush suspended his campaign after the results were in on Saturday night.

Of these five races, the first one ― that 1980 race that saw Ronald Reagan claim the nomination, fending off a serious challenge from Bush and an ultimately fruitless but long-lived challenge from Anderson, shows some surface-level echoes of what the GOP now faces. Especially if you cast Rubio in the Anderson role ― though Anderson ran as an independent, he was similarly a man of the Congress, having served 10 terms in the House representing the state of Illinois.

He also shared an unenviable distinction with Rubio, to this point at least ― despite coming within striking distance of winning Massachusetts, Vermont, and his home state of Illinois, and ultimately netting more than 1,500,000 votes nationally, he failed to actually win a single state. That didn't stop him from hanging in for a long time, however ― he didn't drop out until April 24, following a dismal blitzing in the state of Pennsylvania.

If you're wondering why Rubio's being slotted into this third-wheel position, it's because regardless of whether he finishes in second or third in South Carolina, he's now the only ostensible contender who hasn't actually carried a state. And that, needless to say, is no way to win a nomination ― were Rubio to claim it this cycle, he'd be the first Republican ever to do so while losing Iowa, New Hampshire, and South Carolina. Similarly, Trump would be the only Republican candidate of the last 40 years to lose in the primaries while winning two out of the three.

In other words, if you're planning to make any friendly wagers about who'll be accepting the nomination come July, here's your safe bet: Donald J. Trump. The establishment might not like it, sure ― but it's getting painfully clear that what the establishment wants doesn't matter much.