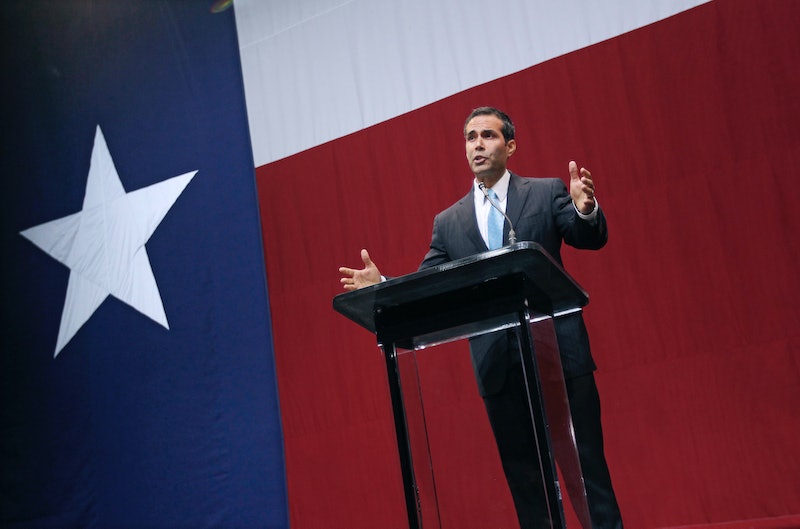 From frontrunner to failure, the progression of Jeb Bush's presidential bid saw some of the highest of highs and lowest of lows before culminating in the suspension of his campaign Saturday after a disappointing showing in the South Carolina primary. For a family that has dabbled in politics since 1950 and been described by biographer Peter Schweizer as "the most successful political dynasty in American history," the news spurs questions about who, if anyone, will carry on the Bush legacy. Was Jeb's concession of defeat the final chapter of the Bush political dynasty or could we still see a Bush in the White House?

The fourth generation of the Bush family's political dynasty begins with Jeb's own son, George P. Bush, who has had a ringside seat to Republican politics since he attended his first national convention as a young boy in 1988. Now, a few months shy of 40, George P. appears on the verge of making big political strides following his election to political office in 2015. The attorney serves as the Texas land commissioner and was sworn into office standing beside his father. It's widely thought this is only the beginning for the newest Bush to throw his hat into the political ring. Rumors of future gubernatorial and Senate races are already being whispered in the halls of the Texas state capitol.

Named after both his grandfather, who served as president from 1989 to 1993, and his great-grandfather, who served as Connecticut senator from 1952 to 1963, George P. would likely find it hard to escape his political dynasty destiny even if he'd opted not to trade in a teaching career for law school. As a 12-year-old, George P. led the Pledge of Allegiance at the Republican National Convention and later starred in presidential campaign commercials for Uncle George W.

When George P. first announced his intention to run for an elected office in 2012, friend and Republican consultant Anna Navarro described him as "the real deal and a complete package — has intellect, personality, good looks, business experience, military service, is bilingual and half Hispanic, and the family connections don't hurt," to The Atlantic. Indeed, due to his ancestry (his mother hails from Mexico originally), George P. has often been touted as some kind of "Weapon of Hispanic Outreach" for the GOP, which could prove useful for a party currently stumbling to connect with minority voters.

Yet if his political ambitions inspire George P. to follow in his father's footsteps with a gubernatorial, or White House, bid, it'll likely be a few years at least before America sees another Bush on the presidential ballot. Even so, while Jeb's chapter may be ending, a new chapter in the Bush political dynasty has already begun in his son.