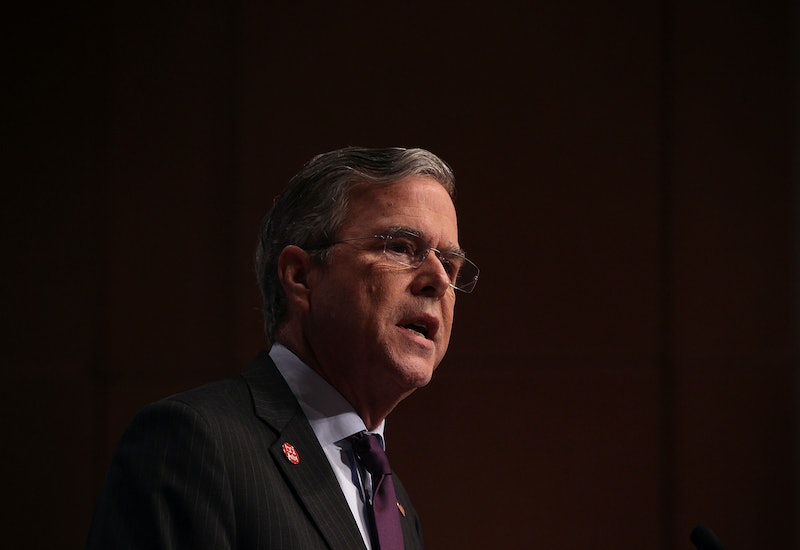 Former Florida governor Jeb Bush made every last-ditch effort one could expect of a presidential candidate losing any and all momentum come time for state primaries. He persuaded his older brother, former President George W. Bush, to give an enthusiastic public endorsement for the Jeb! 2016 campaign He went all out at the last Republican debate, ripping into Donald Trump almost every time the moderators looked to him. But Bush's road to the White House was blocked for some time before he officially called it quits following the South Carolina primary election on Saturday evening. Jeb Bush lost the nomination early in his campaign, and realizing when will only make you feel more heartbroken for the GOP candidate.

The first Republican presidential debate, hosted by FOX News back in August, was an opportunity for the presidential hopefuls from the GOP to stand out among the dozen or so politicians and businesspeople aiming to become commander-in-chief. For billionaire Donald Trump, who would stand out even if he donned a mask at the event (since that wispy, golden head of hair would still be in view), making a memorable impression wasn't really an issue. For others who aren't so well-known outside of their home states, like Bush, it was a critical moment to rally American voters at the start of the campaign trail.

The younger Bush brother just couldn't make it happen on the debate stage, though. It wasn't so much that Jeb couldn't hold his own in verbal battles with the Donald, since there wasn't a whole lot of that going in the very early debate showdowns. It was more so that the former Florida governor tried too hard to keep things friendly with Trump, making himself look too much like "the nice guy" to handle the nation's premier political position.

When asked by moderator Megyn Kelly if an accusation that Bush had called Trump a buffoon and an asshole was true, Bush denied that he made the statement and Trump followed up by pointing out what a "gentleman" the guy was. And even when Bush pulled off a semi-harsh attack against Trump, he wasn't even the one to say it: Moderator Chris Wallace was the one to bring up an earlier statement by Bush where he referred to Trump's border wall proposal as "extraordinarily ugly," after which Trump had ample speaking time to make Bush appear downright silly for being so welcoming to illegal immigrants.

Bush failed to come across as Trump's adversary. He totally succeeded in looking like the exact opposite of Trump — soft — and that's not the kind of candidate Republican voters were interested in backing.

So February may have been the month when American voters saw the official end to any chance for a third president from the Bush clan (at least in this election cycle), but it was more than six months ago when Jeb lost any real chance of making it to the Republican National Convention and snagging the nomination.