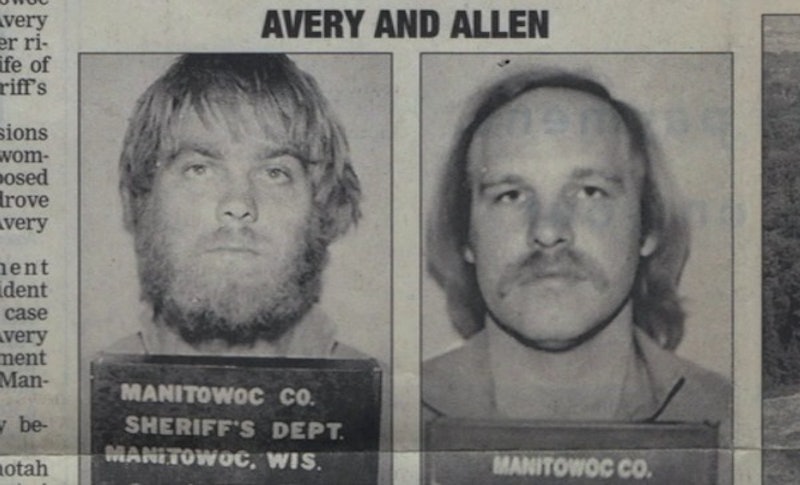 In 1985, 30 years before Netflix would make his name famous, the star of Making A Murderer was convicted of sexually assaulting a woman named Penny Beernsten. Now, Gregory Allen, the man convicted for the 1985 rape that first sent Steven Avery to prison, is eligible for parole this fall. New information from the State of Wisconsin's Offender Database reveals Allen's first parole hearing will take place on Oct. 24, according to the Green Bay Press-Gazette.

Avery served 18 years in prison before the results of a DNA test exonerated him for the sexual assault and attempted kidnapping of Beerntsen. Advancements in DNA-testing technology identified Allen, who was already serving a 60-year sentence for the kidnapping, burglary, and sexual assault of a Green Bay woman. At the time of Avery's release in 2003, Allen was seven years into his sentence. Now 62 years old, Allen has served just over 19 years of his sentence at the New Lisbon Correctional Institution in Wisconsin's Juneau County.

In an in-depth interview for the Marshall Project, Beerntsen recounted her version of events surrounding Avery's wrongful conviction and eventual exoneration. She recalls being "pretty convinced that he was my perpetrator." When new evidence cleared Avery's name, Beerntsen was one of the few people involved who apologized to Avery.

However, Beernsten said she found it difficult to process the news Allen was actually the man who raped her.

I’ve seen a picture of Gregory Allen and he doesn’t look real to me. I would swear I’ve never seen him before in my life. I look at his picture, I can’t feel angry, I think he could walk in the room and my blood pressure wouldn’t even go up. I still see Steven Avery as my assailant even though I understand he wasn’t.

Allen has been a registered sex offender on the Wisconsin Department of Corrections Sex Offender Registry since May 29, 1997, and will remain so for life, according to the database. Currently, he is listed as "compliant," meaning he has fulfilled all of his registration requirements with the state's sex offender registry program.

Given Allen's extensive criminal record — he was convicted and/or suspected of crimes in four states prior to his arrest in 1996 — it's unlikely his parole hearing in October will result in his release. According to the Milwaukee Journal Sentinel, Allen's rap sheet includes three prior incarcerations for violent drug-related felonies, sexual assault, indecent exposure, and charges of peeping in windows.