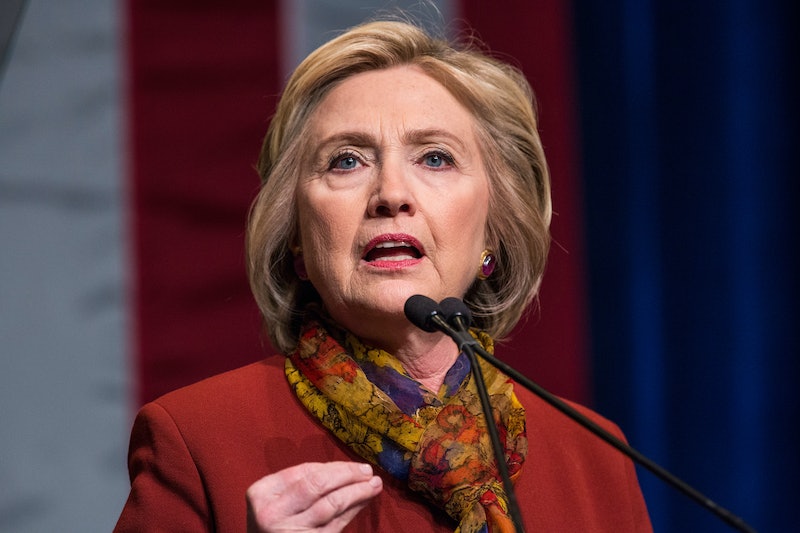 In the wake of tragic shootings across Kalamazoo, Michigan on Saturday night, Americans were expectedly quick to join together in a net of support for the western Michigan city. Former Secretary of State Hillary Clinton was one of those who shared her frustration and condolences via Twitter on Sunday following the tragic events. After a gratifying political win in the Nevada caucuses on Saturday night, Sunday bore a sobering reminder of why the Democratic presidential candidate is in the race for the White House at all. These shootings are far too regular, and America needs to pass legislation and enact universal rules that will prevent these events from occurring with such deplorable frequency. In her Twitter remark, Clinton wrote:

Our hearts are in Kalamazoo today. We must end this epidemic. Communities across the country are paying the cost for inaction. -H

Hauntingly truthful, Clinton's tweet speaks to numerous communities across the nation, from Kalamazoo to San Bernardino, Aurora to Newtown. The time to act is now. Even if Americans cannot agree on legislation, it is worth giving universal background checks a try. Even if Americans support the Second Amendment, these rights and gun control legislation are not mutually exclusive. The two can exist together.

It is likely these shootings will see politicization in the coming days, especially with the Democratic South Carolina primaries and Republican Nevada caucuses approaching. Clinton, who has taken a particularly strong stance on gun control, will have plenty of proverbial ammunition to use in debates with those who prefer not to act on this issue plaguing the U.S. Expect to hear more from the presidential candidate in the future because six people in Kalamazoo is six too many. Americans have had it with needless death, the failing state of mental health examinations in relation to firearms, and the unchecked access to guns of which so many have taken advantage.

These issues are very real; understanding their severity requires candidates who truly comprehend the legality of firearms throughout U.S. history, tempered with compassion for the families and communities affected by these terrible tragedies. Hillary and Americans know that America can do better.