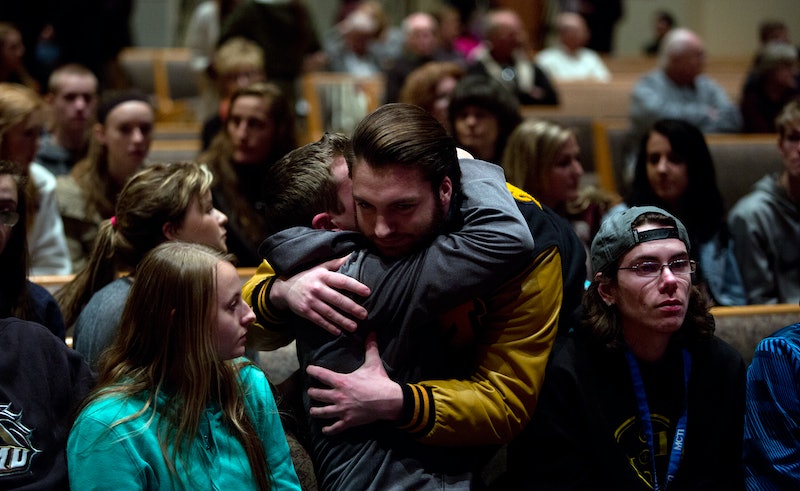 The killing spree that left six Americans dead and two injured in critical condition is the 42nd mass shooting incident that has occurred in the United States this year, according to analysis from the crowd-sourced Mass Shooting Tracker platform. Despite an outpouring of grief and condolences from the local community, there is one quote that captures the heartbreak in Kalamazoo surrounding the senseless deaths on Saturday.

"Enough is enough," said Brendan Kelly of the Brady Campaign to Prevent Gun Violence in a press release following the shooting. "We as a nation can and must do so much better at keeping guns out of the hands of people who would carry out such violence — and our commitment to the citizens of Kalamazoo, and all Americans, is that we will not stop until we pass sensible gun reform in our country that keeps guns out of the hands of dangerous people."

The Brady Campaign was established in 1974 under a different name. At the time, it was called the National Council to Control Handguns. The organization eventually became known under the less politically sensitive Brady Campaign name after Reagan's press secretary Jim Brady was seriously injured by a bullet intended for his boss. Along with the Million Mom March, they provide coordination and organizational support to a network of over 90 grassroots community groups.

According to Mass Shooting Tracker, 62 people have been killed in conjunction with mass shooting events so far in 2016, and another 144 people have been wounded in the same time period. The fact that Kalamazoo represents the 42nd preventable mass shooting event this year is unquestionably a depressing thought. Six human lives have been lost. Two grievously injured people are still hospitalized. A community is once again plunged into a state of shock, disbelief and anger over the loss. Lives will be forever altered by this momentary expression of wanton, senseless destruction.

When will enough truly be enough and this waking nightmare era of mass shooting finally end? For the victims in Kalamazoo, and their family and loved ones, it surely hasn't arrived soon enough. If you would like to take a strong stance against gun violence, head to the Brady Campaign's website for ways to help fund their effort or for a list of actions you can take right now to help stop another Kalamazoo from happening. You very well could be helping save lives in your own hometown — gun violence is a national problem of the highest order that touches everyone.