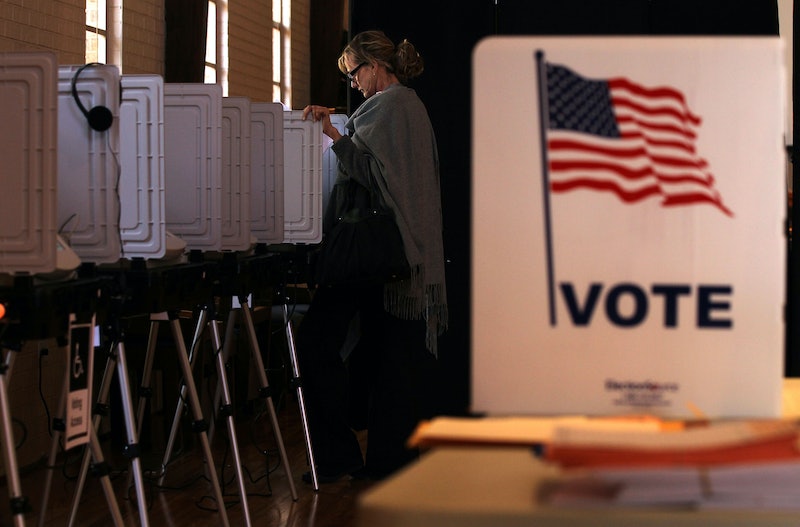 A familiar term pervading American news and media is "Super Tuesday," which is a Tuesday in February or March in a presidential election year when several states hold their primary elections. Not unlike the Iowa and Nevada caucuses and the New Hampshire and South Carolina primaries, Super Tuesday is an event of some magnitude. It is technically the big day because it comprises the greatest number of states holding primaries simultaneously, and therefore, the results of this day are more than just a single state's caucuses or primaries. However, each Super Tuesday is different because not all of the same states choose that day each year to vote. So, how many states are participating in 2016's Super Tuesday?

This year's Super Tuesday is going down on March 1, and it will consist of primaries in Alabama, Arkansas, Georgia, Massachusetts, Oklahoma, Tennessee, Texas, Vermont, and Virginia. Colorado, Minnesota, and the Alaska GOP are holding caucuses that day, while the Wyoming Republican caucuses enters its final day. Some are calling this Super Tuesday a "SEC Primary," because many of the participating states are represented in the U.S. Collegiate Southeastern Conference. It's no surprise that American sports would some how work its way into the big day, even though just five of the 12 Super Tuesday states have schools in the college athletics league — Alabama, Arkansas, Georgia, Tennessee, and Texas.

Apparently, this SEC Primary was no accident; in fact, Georgia Secretary of State Brian Kemp strategized with other southern secretaries of state to plan this idea intentionally in an attempt to have southern states vote on the same day. The proposed objective is to increase the influence southern states have on the nominating process, forcing candidates to invest more time in the South, as opposed to various regions of the country.

In some respects, Kemp's plan for candidate deliberation in the South seems to have worked. For example, Ted Cruz has focused a great deal of his campaign efforts in the South, even tailoring his message to very conservative voters. The concentration of African American voters could also make a large difference on the Democratic side, where Hillary Clinton holds a lead over Bernie Sanders in 10 of the 12 states voting between March 1 and March 8. Will this SEC, southern-themed event change the course of the presidential election? Only March 1 will reveal that.