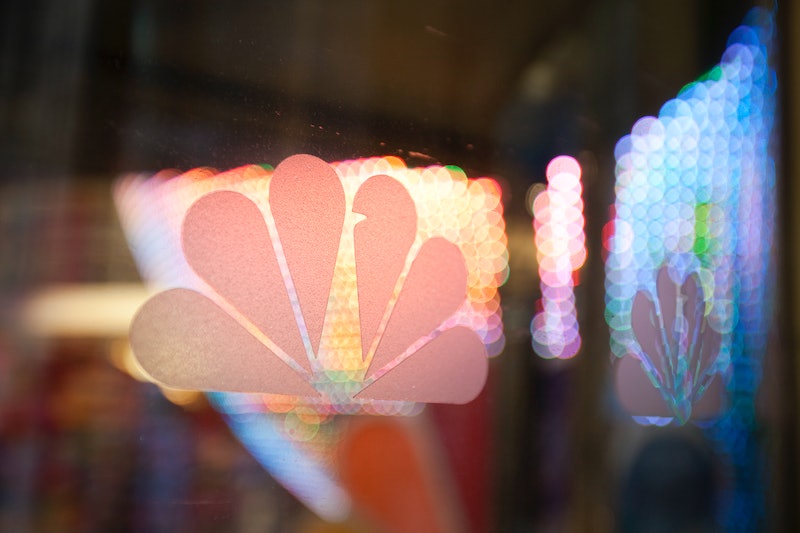 Just when I thought the presidential race couldn't get any better, NBC News releases an anonymous Tumblr that allows viewers to share their deepest and darkest thoughts on the 2016 election. Election Confessions launched Monday to simple tweeted fanfare from the news network asking viewers to "tell us what you really think." Users can share exactly how they feel about everything from the state of American politics to presidential candidates to delegate distribution — and do it anonymously. In less than a day, the Tumblr has already turned into a goldmine of election entertainment.

Few things enrapture people in the way that anonymous confessions do. It's what makes sites like PostSecret so successful. Given how quickly discussions on politics and preferred presidential candidates can turn personal, it makes complete sense that a virtual anonymous confessional revolved around the election would begin to draw participants. Election Confessions is perfect for anyone hesitant to weigh in on politics in the public sector out of fear their opinions might rile up the feathers of friends and family or earn them a few trolling haters on social media.

Submissions to Election Confessions are collected via a dedicated phone number, enabling users to submit confessions by voicemail, text, or picture text.

Here are a few of the best confessions published so far:

On The State of American Politics In General

"In a country of 320 million, this is the best we can do?" one anonymous confessor asks.

"I feel really powerless when Bernie's wins mean nothing and Hillary's superdelegate and delegate numbers rise. Do I even matter?! - A ghost apparently," reads one confession submitted via a hand held hot pink Post-It note.

"This is coming from a 19-year-old college student," another confessor begins. "I don't see myself voting this November. I think all the candidates are terrible. I wish we had a system where minor party candidates had more of a say and impact on our elections."

"There is literally nothing more entertaining [than] smoking pot and watching republican (sic) debates. I still can't decide whether trump (sic) is a marketing savant or a legitimately crazy person," one confession reads.

"I'm 17 weeks pregnant. I cry at night when I start thinking about the very real potential that I could bring my child into the world under a Trump presidency. It's a fear that paralyzes," a confession written on a Post-It Note and stuck to a baby bump reads.

"I'm all in for Trump! But I tell friends I'm voting for Rubio... it's just easier. My secret? There is a national network of people who think like this. 'In the shadows for Trump,'" one poster who identified themselves as a 47-year-old Republican from Texas says.

"I feel really bad for Ted Cruz and sometimes want to give him a hug," reads a confessional note signed "29, Dem, Hillary supporter."

"Am I supposed to know who Ben Carson is?" a confession from "K" reads.

"I don't understand why people are not afraid of Rubio. He doesn't believe in science. How can we solve hard problems without science," one poster asks.

"I love Hillary... but her attempts at reaching millenials (sic) with the social media and PR stunts make me cringe," a confession signed "Democrat, 28, NYC" reads.

"Just because Bernie reminds me of my Jewish grandpa, doesn't mean I think he should run the country. We need Hillary," a user identified only as "Democrat, San Francisco, 28," said.

"Sometimes I think I would be okay with voting for Hillary in the general but then I see Bill Clinton standing behind her on the stage. I'm sick of being told I'm stupid or a bad feminist for liking Sanders but Hillary supporters won't talk about how creepy Bill is?" a confession on lined paper reads.

"Bernie has shown me what I want our country to be," a poster who identified themselves as a 53-year-old voter from Indiana said.

"I don't think Bernie would actually live for his full 4-year term," another user confessed.

On Candidates Who Are Gone But Never Forgotten

"Confession: I watch CSPAN for fun! My favorite are town halls. Jeb Bush's were my favorite, totally not weak sauce. I'm from Indiana, never got to vote 4 (sic) him," a confession on a pink index card reads.

Inspired to get a few of your own political confessions off your chest? NBC News (and voyeurs like me following along online) certainly want to hear them.