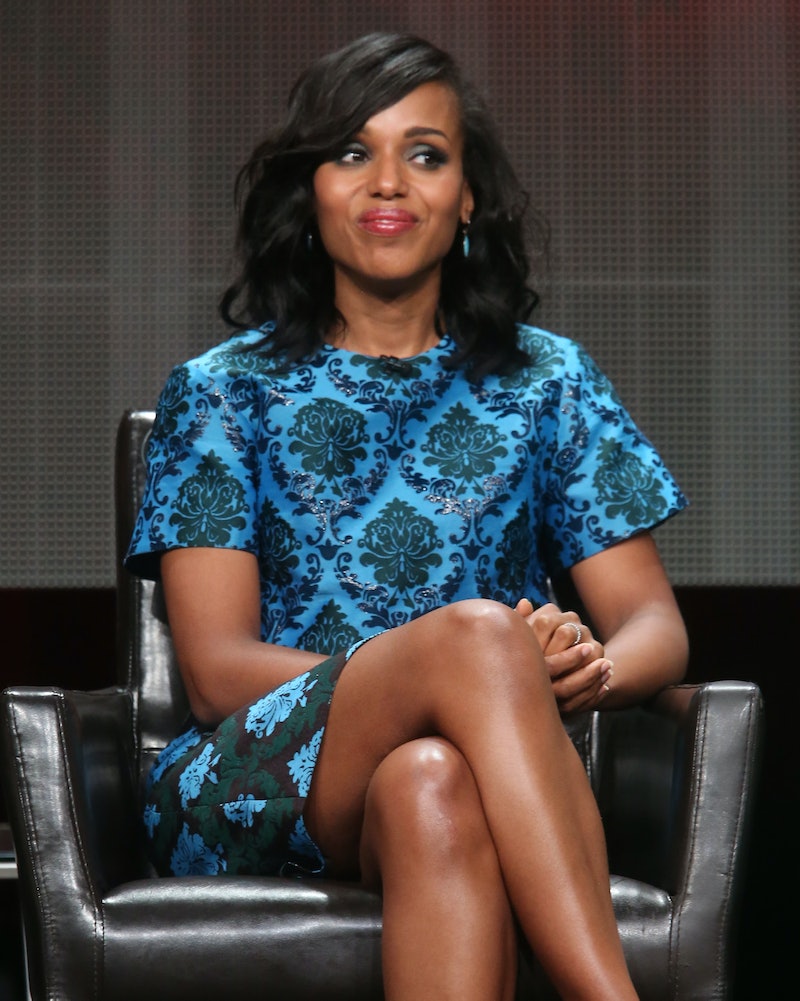 On Monday, none other than presidential hopeful Hillary Clinton popped into the set of ABC's Scandal to pay the celebrity cast a special visit between campaign fundraising stops in California. Some of the hit series' stars, including Kerry Washington, who plays Olivia Pope, and Tony Goldwyn, who stars as President Fitzgerald Grant have already shown support for the Democratic candidate. As early as April 2015, Washington told ET's Cameron Mathison that she was looking forward to Clinton's 2016 campaign.

The star remained engaged in the Clinton campaign months later when she submitted a question to a Q&A session hosted by the candidate on Twitter in July. She asked, "what advice would you give to young women who are considering a career in politics/public service?"

According to Mashable, Goldwyn also campaigned for Clinton in Nevada. Las Vegas' KTNV, an ABC affiliate station, reported that the TV actor encouraged others to do the same.

If you feel passionate about a candidate, then get out and talk to your friends and your colleagues and go canvass and get involved. You know what, it's fun and it's inspiring and it's exhilarating.

Leveraging celebrity endorsement is a pretty clever strategy, and it only take one visit to enact it. Because we live in the year 2016 and social media is a way of life, it's guaranteed that Clinton's visit to any given television series' set won't go unnoticed.

The selfie-taking politician knows what's up. Stars will share the experience on social media, endorse her publicly, and bring her into their Hollywood circle of fame. For example, Kerry Washington posted a photo to Instagram of her posing with Clinton, captioned #imwithher.

In fact, Clinton has been successful thus far in appealing to much of the entertainment industry. The candidate is pretty popular among a variety of celebrities, not just among those in the television entertainment industry. According to Marie Claire, which aggregated a list of presidential celebrity supporters, public endorsements have been made by Britney Spears, Kendall Jenner, Demi Lovato, John Legend, Jesse Eisenberg, Richard Gere, Salma Hayek, Uzo Aduba, Lena Dunham, America Ferrera, Olivia Wilde, Jennifer Lopez, Beyoncé and Snoop Dogg.

Furthermore, this isn't the first time Clinton has visited actors from a television series, in particular. In December 2015, Clinton, whose campaign headquarters are located nearby, visited the NYC set of Comedy Central's Broad City. According to the tweets, both Clinton and the series' creators, Ilana Glazer and Abbi Jacobson, who also play the protagonists of the show, were ecstatic to meet one another.

Though celebrities aren't exactly relatable to the general population, the fact that Clinton watches television and listens to music, just like all of us, creates a bridge between Hollywood and its fans.