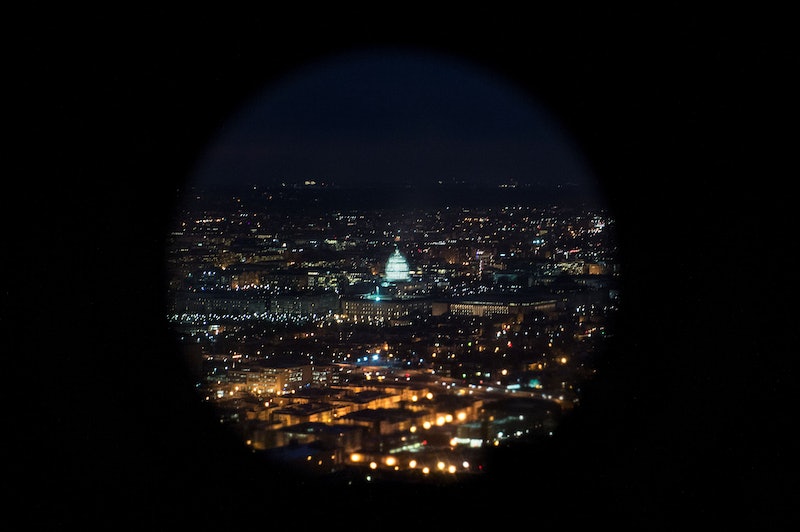 Americans are not thrilled with the government, and it seems like a big part of that dissatisfaction lies with Congress. Over the past few years, some citizens have begun un-affectionately referring to it as the "Do-Nothing Congress." Increased political polarization and obstructionism are at least partly responsible, as exemplified by prominent Republican senators' current refusal to even hold a hearing for President Obama's Supreme Court nomination. Across the debate stages for both Republican and Democratic presidential candidates in the 2016 race, these questions have recurred: "What will you do to heal political divides?" "How will you get anything through Congress?" Well, that's not all in the next president's hands. If we the people want Congress to work for us — or, perhaps, to work at all — then we need to do some work of our own. We need to get educated about our state representatives and vote in the Congressional elections.

A Gallup poll from August 2012 found that a puny 10 percent of Americans approved of the job Congress was doing (the number has "soared" to 14 percent in 2016). However, during the 2012 election, 90 percent of representatives and 91 percent of senators seeking reelection won. It's possible to make sense of this by thinking that peoples' dissatisfaction with Congress as a whole does not reach down to the level of their specific state representatives. Indeed, Gallup found that 46 percent of people in 2013 approved of their district's representative. But that still doesn't account for a 90 percent re-election figure. Another explanation is that we just don't know much about our representatives. Gallup offered further insight: When pollsters asked a group of people if they could name the representative from their districts, only 35 percent could do so.

Americans' general lack of attention to and knowledge of Congress shows up not most clearly in how we vote, but in how few of us vote in Congressional elections. (Full disclosure: I'm among the group of people who have not participated in or paid attention to Congressional elections, and this post is as much directed toward myself as anyone else.) Turnout is inevitably higher during presidential election years such as this one, as all the voting is done on the same ballots.

Even then, not everyone who turns out to cast their vote for president does so for congresspeople. For example, the Federal Elections Commission report on 2012 showed that the number of people who voted for president was slightly higher than the number that voted for representatives or senators in states and/or districts that were holding those contests.

In 2016, elections will be held for 34 of the 100 Senate seats and all 435 House seats. Whether Republicans maintain control of Congress depends on this election. More to the point, though, is whether voters make a point to combat Congress's "Do Nothing" status by voting out people who exacerbate the problem and voting in people who can begin healing divides. And this process starts in the primaries, when nominees for the Senate and the House are selected. Primaries for congresspeople take place on different days than presidential primaries. Check out Politico's guide to find out when your state's Congressional primaries are.

And we can't stop after November. Midterm elections — those taking place in between presidential elections — are every bit as important. In 2014, there was a historically low turnout of 41.9 percent for the midterm congressional elections.

Disappointment and frustration with politics can understandably lead people to opt out, give up, and/or just not bother. But it's going to take more than a new president to achieve a Do-Something Congress, and we can't expect our representatives to work better unless we the voters work toward that end ourselves.