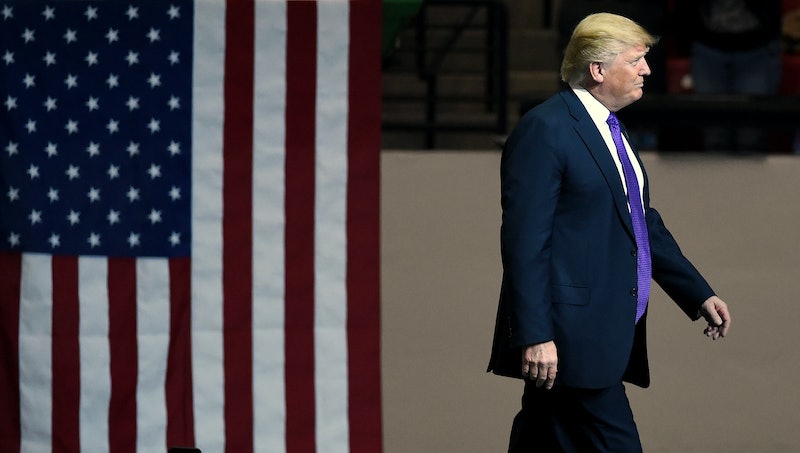 Super Tuesday is just around the corner, and all eyes are on the Republican Party's three leading candidates: Donald Trump, Sen. Ted Cruz, and Sen. Marco Rubio. Although Trump had an unexpected loss in the Iowa caucuses on Feb. 1, he rebounded to win big in both the New Hampshire and South Carolina primaries. Can we expect The Donald to maintain his momentum through March 1, or will this important day pose a challenge to his frontrunner status? Based on available polls, it looks like Trump will do very well on Super Tuesday.

What's so "super" about Super Tuesday? Eleven states hold their contests for the Republican presidential nomination on that day (three caucuses and eight primaries). A whopping 595 Republican delegates are at stake on March 1 (out of the 1,237 needed to win the nomination). Trump currently has a significant lead in delegate count over second- and third-place candidates Cruz and Rubio, but they are all still in the double digits after the nation's first four contests in low-delegate states. Though there's time for things to change, Trump is in a good position to maintain his lead on Super Tuesday.

Not all Super Tuesday states have available polls to indicate how voters might swing on March 1, but Real Clear Politics provides averages of recent polls for six of the 11 states holding their contests on Super Tuesday. The results, limited to the top three, were as follows:

These numbers might not hold on Super Tuesday, but Trump has comfortable leads in half those states and narrow leads in two. Real Clear Politics provides data on the few polls that have been done in the five other Super Tuesday states, and while this data is less reliable, we can still take a look at those with a grain of salt. If those polls are any indication, Trump is in for tight races with Cruz and Rubio in Virginia and with Cruz in Alaska. He holds a comfortable lead in Vermont. The most recent polling in Colorado and Tennessee dates back to November, and is therefore not really relevant.

Lucky for all candidates besides Trump, the Republican National Committee rules mandate that, this year, states holding contests between March 1 and March 14 must award their delegates proportionally. This means that a candidate who wins a state's popular vote won't get all of the state's delegates (like what happened in South Carolina), but instead a number reflecting the proportion of the popular vote they garner. Cruz and Rubio will likely emerge with a good number of delegates, but Trump looks good for the win.