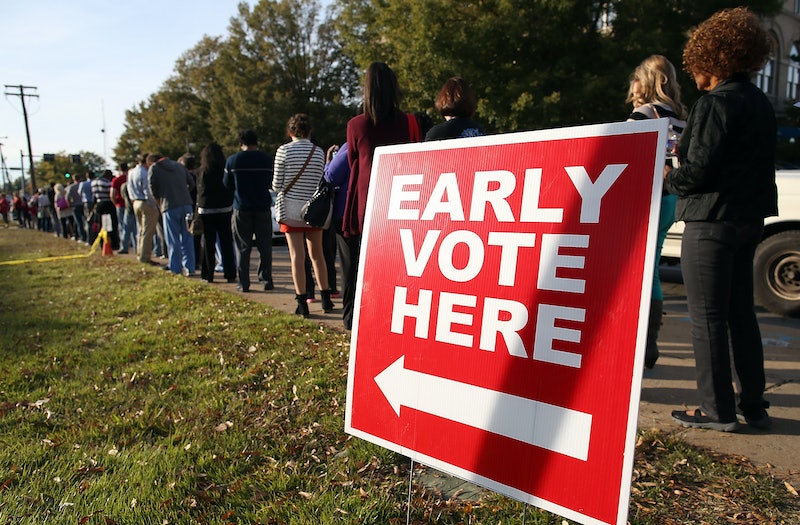 New to 2016, Arkansas will join the Super Tuesday crush of so-called SEC states holding primaries on March 1. Typically, the Natural State holds its primary in late May, but this year, it has moved up its presidential, statewide, and congressional primaries to join the melee. It hasn't, however, changed the way it awards its 40 Republican and 37 Democratic delegates. Is the Arkansas primary winner take all? No, and it has a strange way of calculating how everything is divvied up, too.

Among the SEC states, the Arkansas GOP has one of the quirkier delegate formulas. We'll get the Democrats out of the way first, just to give you a warm-up. Arkansas sends 32 pledged delegates and five unpledged delegates to the Democratic National Convention. As long as a candidate receives 15 percent of the vote, the pledged delegates are rewarded to them based on a proportional basis. The five rogue delegates, who are party leaders and elected officials, can vote however they want to. Easy enough, right?

Alright, now hold on to your hats, because the Republican system is a little more complicated.

But the bulk of the delegates are at-large. The 25 such candidates can only be awarded to a candidate if they receive 15 percent of the statewide vote. Each of the candidates who break that threshold will get one delegate. From there, if a candidate gets 50 percent of the statewide vote, he will get all of the remaining delegates. But if no one captures 50 percent of the vote, the rest of the delegates will be divided up proportionally among all of the candidates who reached the initial threshold. Arkansas will send three of the freewheelin' unbound delegates to the Republican National Convention — similarly to the Democrats, they are not obligated to vote based on any primary results.

If you need to read that again, I don't blame you. The tl;dr version is that the GOP primary process in Arkansas is incredibly confusing, while the Democrats' is pretty straightforward. That seems to be the story of this election as a whole.

Believe it or not, both primaries and caucuses can be laugh-out-loud hilarious. Don't believe us? Have a listen to Bustle's "The Chat Room" podcast…