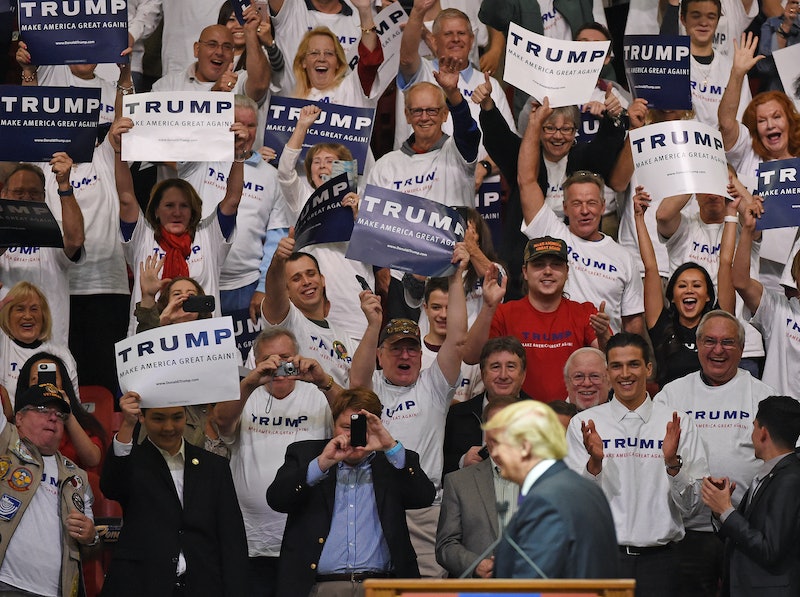 Nevada voters registered as Republicans caucused for the presidential candidate of their choice throughout the state on Tuesday night, in the party's fourth election of the 2016 race. After Donald Trump's consecutive victories in the New Hampshire and South Carolina primaries, most speculation about who would win in Nevada came down to how many people would show up at the state's caucus sites. Interestingly, voter turnout at the GOP Nevada caucus was higher than in past years.

More than 75,000 Nevada Republicans caucused Tuesday night, giving Trump another win over his four remaining opponents. In comparison, about 33,000 of the state's total 400,000 registered Republican voters turned out in 2012, which is only about 7 percent. Slightly more people participated in 2008, when 44,000 people showed up, accounting for 11 percent of voters registered with the party. The somewhat sporadic system in Nevada makes it difficult to encourage high turnout. According to CNN, caucusing was a four-hour process, with different sites starting at different times — not to mention, it took place on a Tuesday night.

Because turnout was expected to be much lower than in Iowa (where 180,000 Republicans caucused), New Hampshire (280,000 people), and South Carolina (735,000 people), the candidates didn't spend as much money advertising in the state.

As the caucus was happening, pictures of long lines at sites throughout the state and reports that some ran out of ballots suggested that turnout would be higher than in previous years. A GOP official released a statement explaining that sites only ran out of ballots momentarily, but it still exemplified how many Nevada voters showed up to caucus.

The strong turnout favored Trump, giving him his third straight victory in the 2016 primary election.