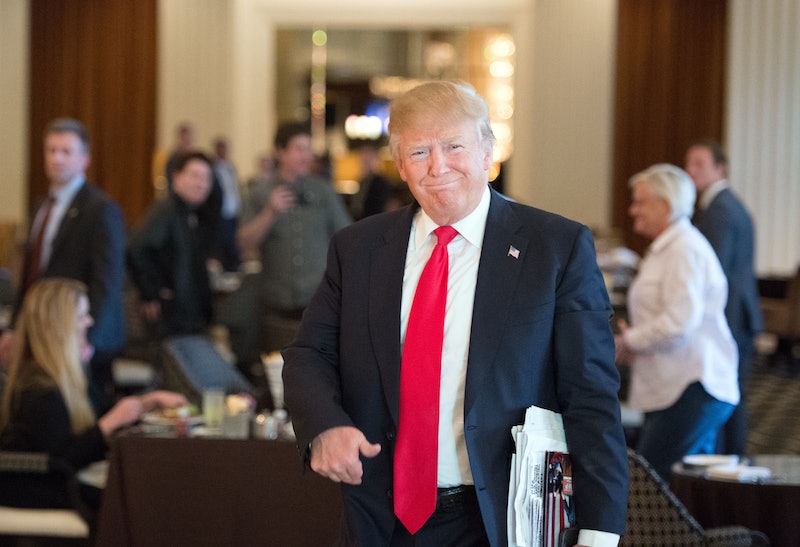 Heading into Tuesday evening, Donald Trump was looking for his third-straight win in primary and caucus races. Coming off of decisive wins in New Hampshire and South Carolina, Trump's campaign is looking increasingly unstoppable. The mogul has already shored up 67 delegates, compared to Texas Sen. Ted Cruz's 11 and Florida Sen. Marco Rubio's 10. So how many delegates did Donald Trump win in Nevada?

The Associated Press is reporting that Trump secured 14 of the 30 up for grabs. When you look at the 1,237 delegates needed to secure the Republican nomination, Nevada's 30 delegates seem like a drop in the bucket. Still, another win for Trump adds more to fuel to the fire of his seemingly inevitable candidacy. If nothing else, Nevada is the last caucus or primary before Super Tuesday on March 1, where the so-called SEC states will weigh in on who they want as the GOP candidate. Any momentum that the candidates can generate ahead of the SEC primaries is crucial.

But let's look at it from a numbers game. After Nevada, Trump's grand total is 81 delegates, dwarfing his closest competitors, Cruz and Rubio, who each claim 17. And it brings him one step closer to the nomination.