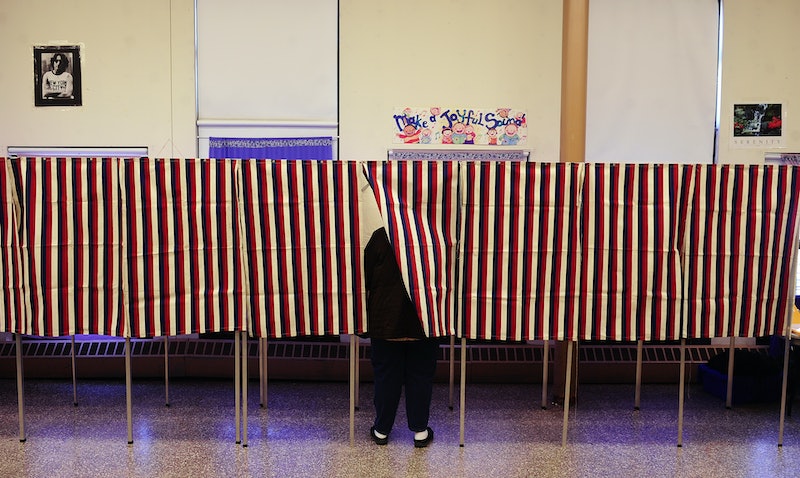 You know what they say, everything is bigger in... the 2016 election! Wait, that's not how that goes. Going into the March 1 SEC primary, so named for the southern bloc of states that will weigh in on the respective presidential candidates, there's a lot at stake for both the Republican and Democratic fields. But out of all of the 13 states (counting territory American Samoa) voting on March 1, the one state that packs the most punch on Super Tuesday is Texas. Yup, everything is bigger there, y'all.

The Lone Star State has 252 Democratic delegates up for grabs (222 pledged) and 155 Republican delegates (152 bound). In both parties, that makes Texas the day's single biggest prize. Not only is it the biggest takeaway on March 1, but Texas offers more delegates than all of the states to come before it combined. The second biggest prize for Democrats on Super Tuesday is a tie between Georgia and Massachusetts at 116 delegates, but Georgia's 76 GOP delegates don't offer much competition to the 155 from Texas.

So all eyes will be on Texas on Tuesday for a much-needed boost as candidates race to attain the number of delegates to assure the nomination in each respective party, and there are two candidates who should be feeling pretty good as the Texas showdown looms on the horizon.

Or, well, sort of. Ted Cruz, the junior senator from Texas, should be a lock in his home state, but recent polls show — who else — Donald Trump giving him a run for his money. According to a poll from the Texas Tribune, Cruz still leads Trump by 8 percent at 37 percent to Trump's 29 percent. The poll analysis notes, however, that despite Cruz's home field advantage, the state isn't immune to Trump's celebrity.

The Texas Tribune also polled likely Democratic voters in the state and found that Hillary Clinton leads Bernie Sanders 54 percent to 44 percent heading into Super Tuesday. If Clinton can manage to rally the Texas' Hispanic population, however, she could widen the gap between herself and Sanders. Among Hispanic voters, Clinton leads Sanders 60 percent to 37 percent. She has historically done well in Texas, momentum that she could very well continue in 2016.

So there's a lot at stake in Texas, even though it is widely perceived that it's Clinton and Cruz's state to lose. But as with anything in this election, you should learn to expect the wildly unexpected.