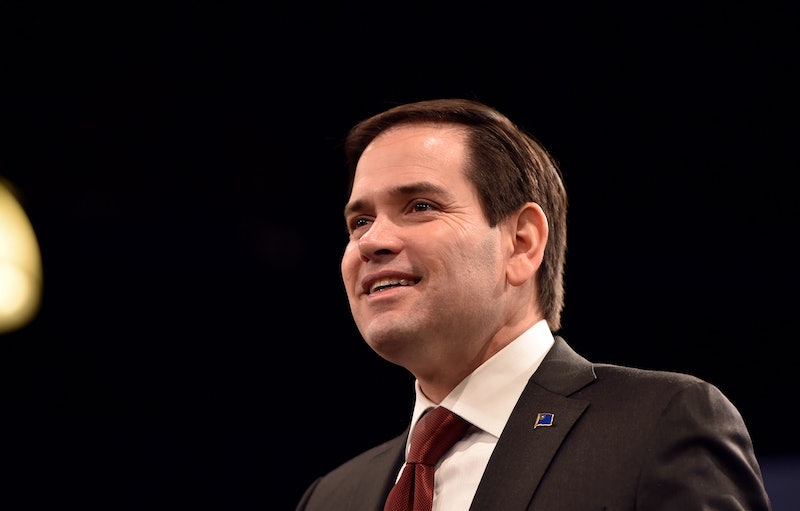 The Nevada GOP caucuses took place on Tuesday. The "first in the West" event brought out plenty of unexpected twists and turns that certainly made for a more interesting evening than what transpired in South Carolina on Saturday. Republican frontrunner Donald Trump handily defeated his fellow candidates in South Carolina, nabbing all 50 delegates and winning all but two counties in the state. It was Marco Rubio who claimed those small victories as well as the second place slot. Rubio saw no delegates from his efforts, though things appear to be going differently for the Florida senator in the Silver State. How many delegates did Marco Rubio win in Nevada?

The candidate placed second and emerged with something to show for it. The Associated Press reported Wednesday morning that Rubio secured seven of the 30 Nevada delegates. Trump won 14, double the number of delegates Rubio did, letting him claim Nevada as a resounding victory. Still, in order to win the Republican nomination, a candidate needs to have a total of 1,237 delegates, so there's still a long road ahead for the candidates.

Rubio was in Michigan for a rally the night of the GOP Nevada Caucus, though he'd dedicated substantial time and energy to campaigning in Nevada previously. His efforts were certainly felt at an official watch party held at a pizzeria in Las Vegas that featured a special appearance by Lt. Gov. Mark Hutchinson. Copious Rubio supporters gathered at Dom Demarco's to celebrate sustained momentum. Though the candidate didn't come nearly as close to nabbing the stunning amount of delegates that Trump received, Nevada voters nonetheless voted for Rubio in droves, putting the presidential hopeful in second place and nabbing him at least five delegates.