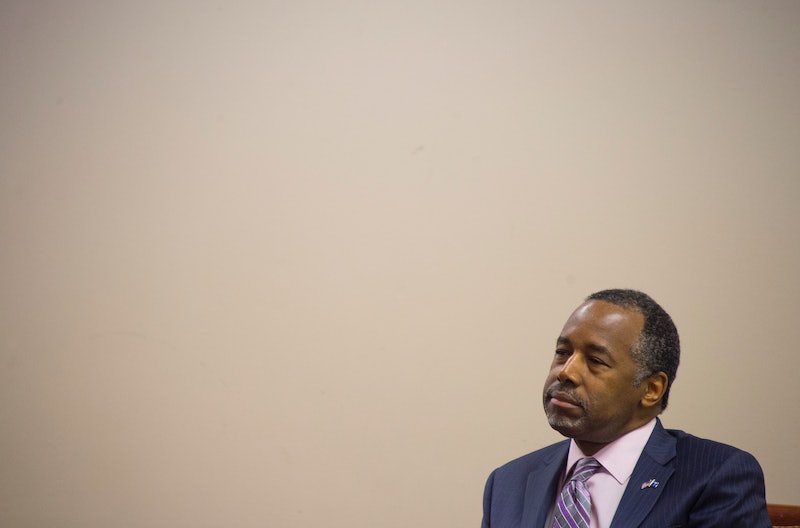 Going into the GOP Nevada Caucus on Tuesday, it was essentially a three-man race. Florida Sen. Marco Rubio, Texas Sen. Ted Cruz and the Republican front-runner Donald Trump were the only viable candidates to win the Silver State, a theory proven by Trump's handy win and Cruz and Rubio's neck-and-neck second place spot. While the top three enjoyed double digit percentages, the remaining two GOP candidates lagged in the single digits. But despite Ohio Gov. John Kasich's dismal showing, Ben Carson was the real loser of the Nevada GOP caucus.

Let me be clear: Both Kasich and Carson (though the latter did manage to eke out a victory over the Ohio governor) made pathetic showings in Nevada. That came as a surprise to absolutely no one. In South Carolina, Kasich only managed to secure 7.6 percent of the vote, and Carson came in dead last at 7.2 percent. Kasich actually drummed up some momentum in the New Hampshire primary, coming in second at 15.8 percent, while Carson remained near the bottom of the barrel at 2.3 percent.

But it isn't the brief moment of, er, success for Kasich that still puts in him a better position that the retired neurosurgeon: It's how they are riding their continued waves of failure. Kasich has managed to stay in the headlines for policy points and campaign tactics, with media and voters taking notice of his message despite insurmountable odds.

Carson, meanwhile, has not only failed to drum up any palpable excitement in any of the caucus or primary states, but has also faded into the background, fading into the same radio silence that we've seen from the candidate in Republican debates. After a wave of excitement for his vague but fervent foreign policy plans after the Paris attacks, Carson hasn't been able to create any more talking points surrounding his campaign. He has failed to establish that he stands for anything at all.

Whatever Nevada voters saw in Carson over Kasich, it's doubtful that he will be able to continue much longer. Or at least why he would want to continue much longer. Kasich, who actually has (somewhat) substantive messages to deliver to voters, has at least some sort incentive to stay in the race as long as he can. But for the newly political Carson, it's hard to think of many reasons why he would continue to blow massive amounts of money to essentially waste everyone's time.