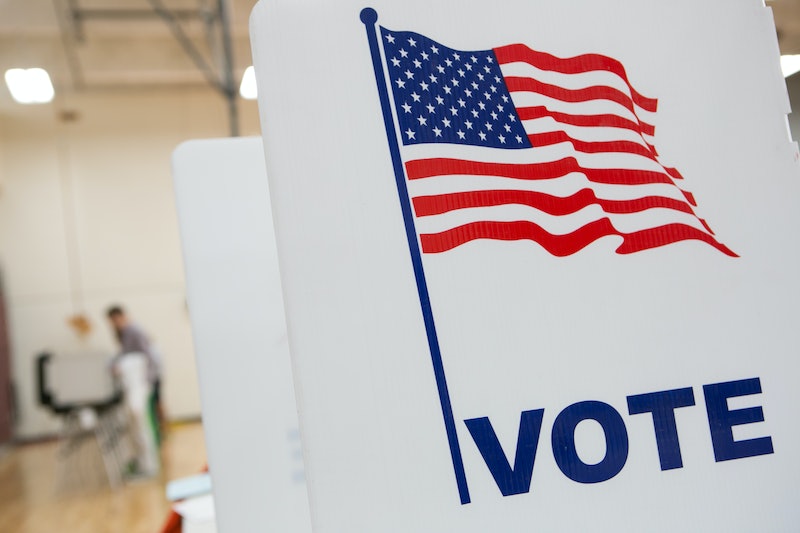 Even before you start the mental math trying to figure out who has the most delegates after the votes roll in Tuesday night, one candidate already has a big lead in the GOP field. And no, that's not because he's won all the states so far except Iowa. It's because of how one of those states allocates its delegates. South Carolina is winner-take-all when it comes to delegates, so Trump ended up with all 50 of them, despite earning just under 33 percent of the vote. The winner-take-all method exists in Georgia too (although the rules are somewhat different), so the same thing could happen there.

Sixty-seven of those delegates are split among candidates in proportion to who wins each congressional district. Georgia has 14 districts, and they each get between four and six delegates. The remaining 35 are split proportionally based on the statewide vote. This system allows the candidates to leave with a number of delegates that is more or less representative of the vote they get. There is a 15-percent threshold, but that should not be a problem for either candidate.

The Republican side is where things get tricky. The apportionment of delegates has a lot of ifs, ands, and buts. There are 76 delegates, and none of them are true superdelegates. Of those, 42 are assigned at the district level, and there are 14 congressional districts. At that level, there is no threshold, but there is a "top two" allocation. Each district gets three delegates. If a candidates receives 50 percent of the vote, he gets all three. If the first-place candidate only gets a plurality, then the first-place finisher gets two delegates and second place gets one. Either way, the third-place candidate would get nothing.

This same phenomenon, or similar versions of it, will take place in several Super Tuesday states. So pay attention not just to who's coming in first, but also by how much and in which congressional districts. The GOP did this to prevent the nominating process from taking too long (something that was thought to hurt Mitt Romney). I'm sure they never thought it would complicate identifying a challenger to an outside candidate like Donald Trump. Stay tuned not just for the vote results, but the delegate count.