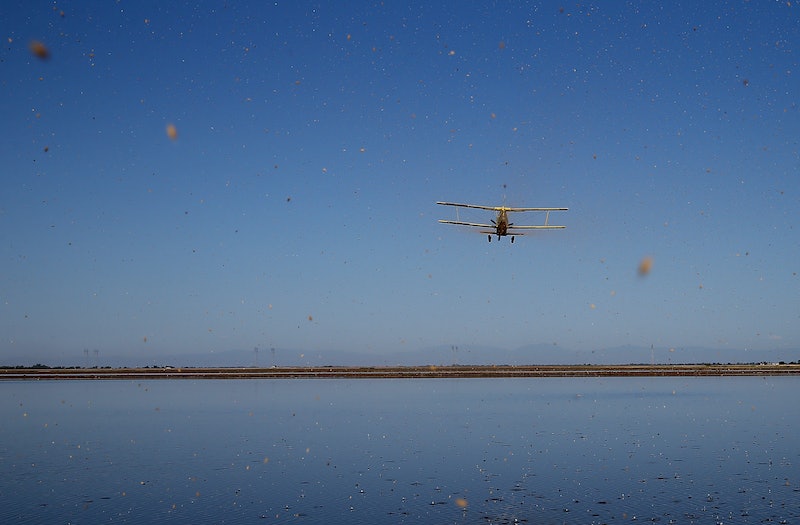 Early Wednesday, a small plane crashed in northern Nepal, killing all 23 on board. The cause of the crash has not been determined, but air traffic control lost contact with the jet about eight minutes into the 19-minute flight, which was operated by Tara Air. Airline spokesman Bhim Rai said that the weather was clear when the plane took off at 7:50 a.m. local time, but that atmospheric conditions could have still played a role. Emergency workers were slowed by fog as they searched for the plane.

The aircraft took off from Pokhara, the second-largest city in the country, which is also considered by travel guides to be among the most beautiful, with mountain lakes reflecting the peaks of the Himalayas. The airline said that weather was also reported to be clear around the plane's destination of Jomsom, a small town to the northwest. But the flight path followed a mountainous route, and given that the plane reportedly flew into the side of a mountain, the fog which rescuers encountered could be to blame, despite the initial weather reports.

It took rescue workers until 1:25 p.m. local time to find the wreckage, which was in what CNN called "a notoriously windy, cold and mountainous area." Residents in the area where the plane was found, Nepal's Myagdi District, saw flames shoot up from the air and called officials. According to The Himalayan Times, the Twin Otter plane was bought new from the factory and only had accrued 300 hours of flying time. It was imported from Canada last September.

The airline describes itself as "the newest and biggest airline service provider in the Nepalese mountains," with service concentrated in the hills and mountains across the country. They had a fleet of seven aircraft, five of which were Twin Otters. The airline released a statement after the plane was found:

We extend our deepest sympathies to the families of the deceased. Our Management is cooperating fully in the investigation ... We are working to assist the families and friends of the passengers and crew. We cannot undo the pain and grief they feel, but we can share their burden of dealing with this tragedy.

Rai had originally said that just 21 people had been on board, but two infants had not been recorded on the flight manifest. Two of the passengers were foreigners; one was Kuwaiti and the other Chinese.

According to BBC News, there have been more than 70 crashes in Nepal since planes first started landing there in 1949. Most accidents have been due to bad weather, inadequate maintenance, or inexperienced pilots. In 2012, another plane flying the same route crashed, killing 15 people (six survived).