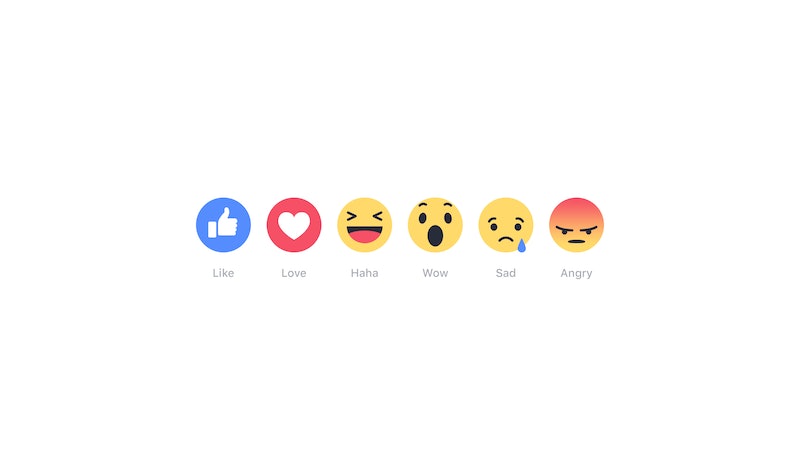 It's hard to believe that it's been 12 years since Facebook first launched. That's a whole lot of "Likes" over the past decade plus change. And with the introduction of Facebook reactions today, your repertoire of one-click responses on the popular social networking site just evolved to include things like "Love" and "Haha." Not sure how to use Facebook reactions yet? No worries; we'll walk through this exciting new feature together.

If Facebook reactions sounds vaguely familiar to you, that's because Facebook first tested the function in October of 2015. At the time, Facebook CPO Chris Cox posted a video showing reactions in action, saying, "As you can see, it's not a 'dislike' button, though we hope it addresses the spirit of this request more broadly." Of course, Cox was referencing the longstanding request from Facebook users for an alternative to the standard "Like" button — something with which to express our disapproval. Say, for example, if you wanted to make a show of solidarity when your friend gets locked in her own car at the grocery store and requires a virtual SWAT team of store associates to rescue her. (No kidding, this happened to me yesterday.)

So while Mark Zuckerberg and his cohorts still aren't caving on the "Dislike" button, for fear it will create a negative culture, they have officially now bestowed a wider range of reactions upon the social-media-obsessed masses. Here's how to use 'em.

As you're scrolling through your feed and come across a status you want to weigh in on, make your way to the "Like" button. Hover your cursor (or finger if you're on your smartphone) over the "Like" button, and a row of six reaction icons will pop up. I've chosen a post of my too-cute-for-words new nephew Bobby to serve as an example, since I so needed the "Love" option when he was born.

Obviously I choose "Love" for little Bobby, because what other option could there be?! He's the cutest. Once I click on the "Love" icon, it shrinks and shoots down to the row directly below where the "Like" button was previously displayed.

So steps no. 1 and no. 2 were essentially the extent of the instructions for using Facebook reactions. It's about as easy as it gets. But there are a couple of important notes to make — one being you can use Facebook reactions on any type of status update. For example, I pulled one of my own statuses about a comical argument between my four-year-old daughter and three-year-old son and "Haha"ed it. Hey, I generally don't "Like" my own statuses, but this is different, right? It's a reaction.

We all know that each post displays stats about its performance, including the number of likes, comments, and shares. As people begin using Facebook reactions, the status bar will subsequently show a string of relevant icons, depending on the varied responses. In this video posted to Orange is the New Black's page, for instance, most fans seem to be loving or laughing at the vid — the latter of which we can only assume is funny "haha" and not sarcastic "haha." There aren't any hard and fast rules for interpreting Facebook reactions subtext yet, after all. Now, if you're nosy like me, you can hover over the tiny icons in the status bar area to see who is loving, laughing, liking, etc. How else will you discover a sense of kinship with others who obviously share your clearly brilliant sense of humor?

So there you have it! Facebook reactions rolled out globally today across both Android and iOS desktops and mobile platforms, so go forth and emote to your heart's content.