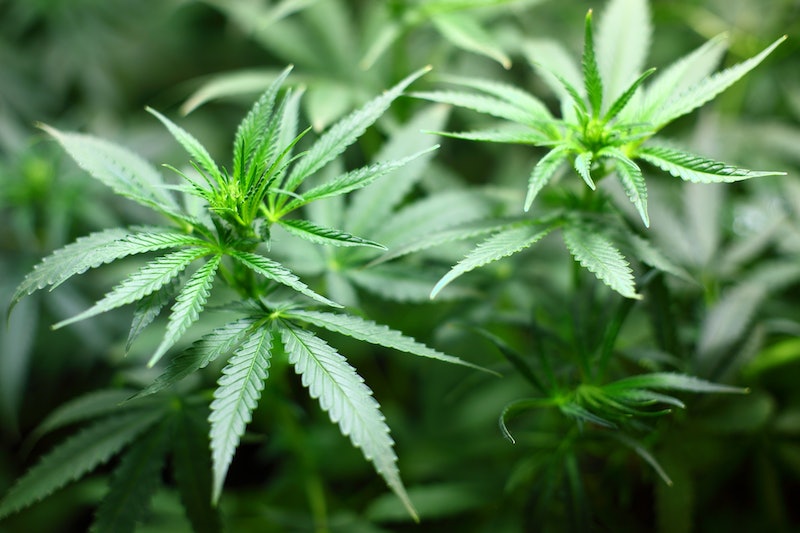 After observing the primary events in Iowa and Nevada, it is abundantly clear that few political events appear as tailor-made for getting stoned as the often long, boring, and frustrating process of caucusing. Lighting up isn't a legal option in those two states — at least, not recreationally. But with Colorado holding its first caucuses since the state legalized recreational marijuana use, there just may be some 420-friendly options there on Super Tuesday. With bated, Ganja-heavy breath, one wonders if they're allowed to get high for the Colorado caucus.

The answer to that may be complicated enough to kill your buzz. Colorado state marijuana regulations allow for people aged 21 and over to recreationally use weed, with the caveat that "nothing in this section shall permit consumption that is conducted openly and publicly or in a manner that endangers others." In other words, you can't legally light up at your Colorado caucus site. However, even if you can't smoke a bowl during the caucus, what about getting high beforehand in the privacy of your home? Such a prohibition would be harder to enforce.

Bustle reached out to the Colorado branches of both parties to see if they had any plans or special preparations in place for removing, or simply dealing with, stoned caucus participants. "No," Kyle Kohli, the communications director of the Colorado Republican Committee, writes in response, "This is not something we anticipate will be an issue." An official from the Colorado Democratic Party states in an email to Bustle: "As with any caucus, anyone who disrupts the caucus process will be asked to leave."

While the legality of caucusing while high isn't clear, the reasons for doing so are. A night of caucusing involves sacrificing an extended period of your personal time to listening to locals get on a soapbox for a candidate whom you may love, hate, or feel totally "meh" about, risking falling behind on your favorite television shows in the process. (Just imagine how devastated Nevadan Republicans who missed Tuesday's New Girl were.) For more on the drawn-out and somewhat bizarre process that is caucusing, check out Bustle's The Chat Room podcast.

"I know I would caucus high" Jake Browne, The Denver Post's official marijuana reviewer, tells Bustle with a laugh — he later mentions that he's lighting up as we speak. Billed by The New York Times as the "nation's first marijuana critic," Browne may be a tad biased in his encouragement of engaging in some 420 fun before caucusing, "I recommend anything but going to trial stoned. If there's a thing you can do stoned, I’m generally in favor of trying it," he says.

Browne says he won't be participating in the Colorado caucuses on Super Tuesday, March 1, but he has actually caucused in the past. A former Iowa resident, he's participated in the event that kicks off the presidential circus — though he never got high in the Hawkeye State caucuses. "In Iowa, I was a lot more afraid of going where there would be a lot of adults, but also authority figures, where there were cops and things like that. It didn't seem like it would be a fun place to be stoned," Browne says. But with its legalized recreational marijuana use, Colorado carries "a lot less paranoia" around the possibility of being high while caucusing, Browne says. Still, you need to plan your pot consumption carefully to stay higher than the Rocky Mountains while caucusing. If you want to get lit before you "Feel the Bern" or sustain your buzz while you "Make America Great Again," what's the best cannabis bet for doing so?

"For caucusing high, I would recommend a sativa hybrid — something that is going to lean more toward the side of energetic and mentally engaging strain without being too lethargic," Browne tells me. He cautions that a "pure sativa might be a little anxiety-ridden or cause a little paranoia, especially if you’re a Bernie supporter."

You may also want to think twice about how you ingest your sativa hybrid for caucusing purposes. "If you’re planning on caucusing for hours on end, an edible might be the best choice for you. It’s kind of like time-release weed," Browne says. "If you just smoke a bowl or a joint, it may wear off kind of early into the evening."

Edibles offer another advantage for caucusing — though not exactly a legally permissible one. "The nice thing about edibles is they are discreet," says Browne, so you could start with "a small amount and, perhaps, having a little bit more as the night progresses."