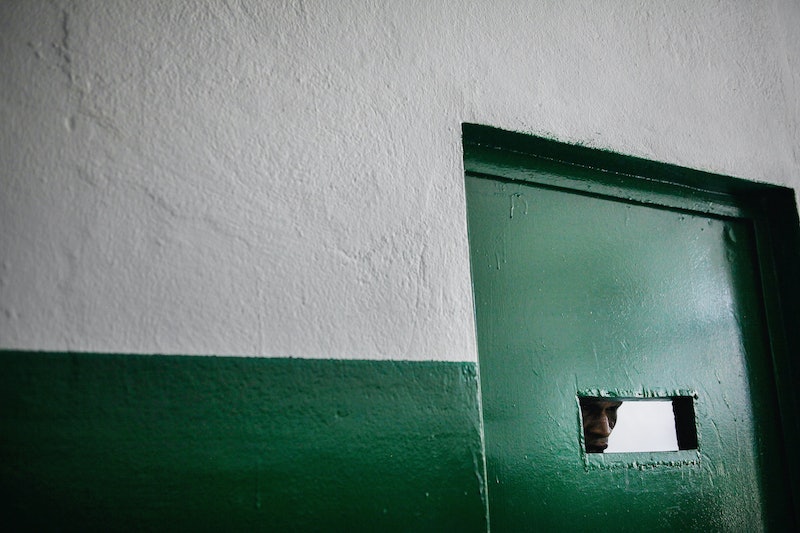 Netflix's true-crime series Making a Murderer has made legions of viewers believe that Steven Avery had lots of enemies in the Manitowoc County Sheriff's Department. But according to recently obtained documents, America's most famous prisoner appears to have some enemies behind bars as well. Avery's cellmate, Jason Thomaschaske, has come forward with accusations against the star of the documentary, alleging that he was difficult to live with. He even went so far as to say that he wanted Avery dead. This account from inside the prison walls adds yet another layer to a story that seems ever-evolving.

According to prison documents obtained by Milwaukee NBC affiliate WTMJ, Thomaschaske had incredibly harsh words for the accused murderer. "I want to kill this guy," Thomaschaske told prison officials in Sept. 2015. This reported statement came a full three months prior to the release of the docuseries — surely, it would be interesting to see what Thomaschaske thinks of Avery now that he's skyrocketed to national fame.

Thomaschaske also told prison leaders that Avery was "disrespectful" and "a disgusting human being." He also accused Avery of never leaving his cell. (Granted, words like this are perhaps common among roommates in close quarters, but they nevertheless add some weight to an already-controversial story.)

On the other hand, according to Thomaschaske's arrest records, he is certainly not without his own faults. He has been arrested 15 times in the state of Wisconsin, with the oldest arrest dating back to 1997 and the most recent coming in 2014. Though he has not been charged with every crime he's been arrested for, his most recent conviction came in Aug. 2014 for burglary. As reported by WiscNews, Thomaschaske was also charged with another count of armed burglary a little over a year prior.

The two men are currently housed at the Waupun Correctional Institution, a maximum security prison in Waupun, Wisconsin. A lawsuit was filed against the prison in 2014 over the abuse of inmates, with the Wisconsin Center of Investigative Journalism identifying 40 allegations of physical or psychological abuse of inmates carried out by correctional officers since 2011. In 2015, the Center sued the state's Department of Corrections over these allegations. At least one officer was fired after the lawsuit was filed.

The Waupun Correctional Institution is currently looking into moving Avery and Thomaschaske into different cells, according to WTMJ. Regardless of whether Thomaschaske's allegations are true, separation will hopefully bring some needed peace to both inmates.

More like this
Chris Kaba's Family Continue Fight For Justice After Viewing Police Bodycam Footage
By Sophie McEvoy
Lori Vallow’s Son Was Arrested For Sexual Assault Days Before 'Sins Of Our Mother' Premiered
By Brad Witter
Where Is The Bling Ring’s Rachel Lee Now?
By Arya Roshanian
What Is 'Pretty Wild' Star Tess Taylor Up To Now?
By Morgan Leigh Davies
Get Even More From Bustle — Sign Up For The Newsletter