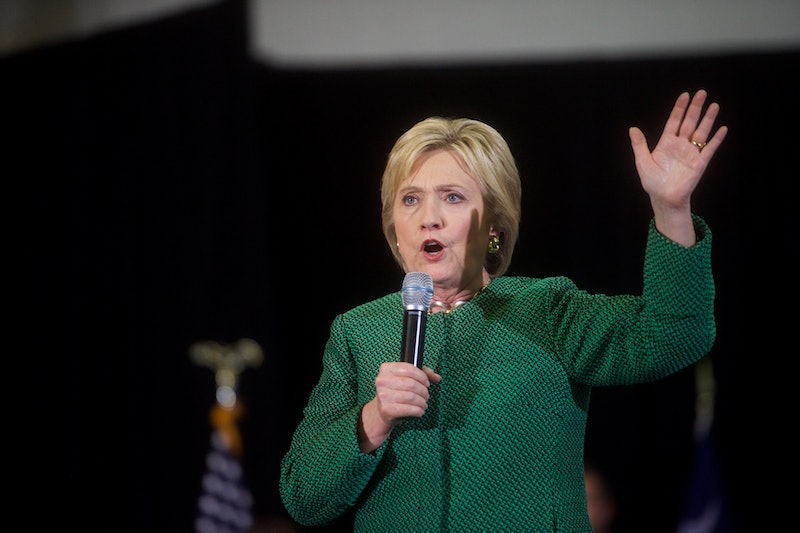 Super Tuesday is slated as the biggest day for the U.S. presidential election, with 12 states casting their votes for their chosen primary candidate. The presidential hopefuls have been out stumping in these states for weeks, if not months, in the hopes of snatching up a substantial number of delegates needed to secure the nomination for their party. But even though Super Tuesday may have all the attention of candidates and voters right now, after March 1, both the GOP and Democratic candidates have plenty to look forward to.

If after Super Tuesday's election results come in and you're fearful that your candidate's chances are over, worry not — there are still 26 more primaries or caucuses in the month of March alone, and the primary election cycle will not officially end until mid-September. As for what's immediately next, there will be five states up for grabs come March 5. The Democratic and Republican candidates will both be competing for delegates in Kansas and Louisiana, with Democrats additionally vying for votes in Nebraska and Republicans in Kentucky and Maine, respectively. Louisiana will hold the largest stake in the primaries with 46 delegates for the GOP and 59 for Bernie Sanders and Hillary Clinton.

Several candidates have already gone out to Louisiana to court voters from the Pelican State. Candidate Ted Cruz, who now holds a distant second place to GOP front-runner Donald Trump, traveled to Baton Rouge in mid-January for a campaign speech aimed at appealing to Southern voters. And despite a disappointing third place finish in the other Southern primary state thus far, South Carolina, Cruz remains optimistic that he and his team could take all the delegates Louisiana has to offer.

There hasn't been a great deal of polling in the state, with the most recent Republican calculation still placing former candidate Jeb Bush in a solid third place (it does back to September). Even still, the poll showed Trump confidently leading when compared to his current closest rivals. Cruz would have to resurrect a campaign that has had its starts and stops, but has suffered overall due to the Trump campaign all throughout the primary season. On the Democratic side of the polls, Clinton was beating Sanders in a 40-point lead in September, but if his other victories and near-victories are any indicator, those numbers have surely changed.

The Super Tuesday victories and defeats, therefore, have the potential to be short-lived for each party's candidates. Though the day is certainly not be underestimated, there are many more elections to come after it.