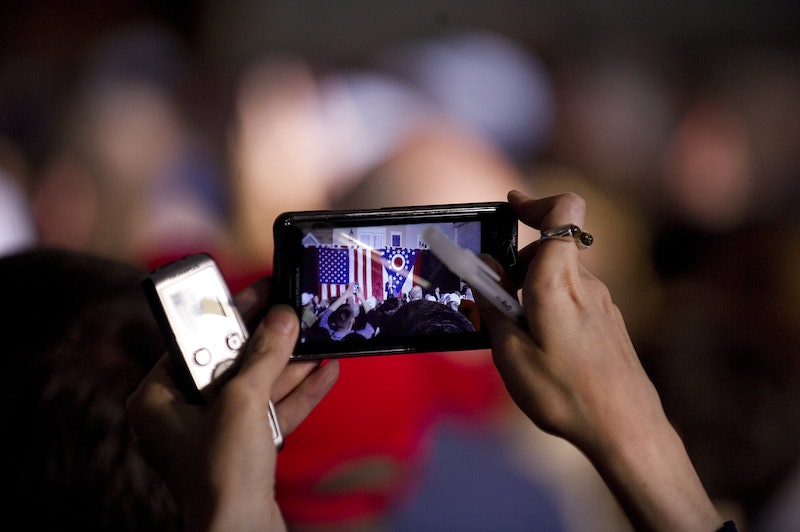 Super Tuesday is an election year institution — and a logistical challenge of epic proportions for news producers and political junkies. This year, 13 states and one overseas territory will hold their primary contests on March 1, and a grand total of 1,460 delegates across both parties will be at stake. So let's take a look at the history of Super Tuesday, and see how the South could shape the course of the election this year.

Some have dubbed Super Tuesday the "SEC Primary," in reference to the Southeastern Conference collegiate athletic association and to highlight the degree of similarity between the eight Southern states up for grabs (even though only five of them are actually in the SEC). But 2016 isn't the first year that the South has voted together. In 1988, Southern Democrats strategized to hold a regional primary. While the first so-called Super Tuesday actually happened during the previous cycle — there were three Tuesdays in 1984 on which a number of states decided to hold their primaries — holding a regional primary as we now know it was a strategy engineered by Southern Democrats in an attempt to nominate a social moderate at the national convention.

One of the main architects of the plan, former Virginia governor Chuck Robb, said on a Mar. 9, 1988 episode of PBS NewsHour that the idea was supposed to "nationalize the message" and counteract "Iowa syndrome," which in his view made it difficult for some candidates to succeed. On the same episode, former chair of the South Carolina Democratic Party Don Fowler spoke critically of the maneuver, saying that the Southern Super Tuesday was an "attempt to predetermine the result." Unfortunately for Robb and his faction, this strategy ended up backfiring.

Dick Gephardt, Jesse Jackson, Al Gore, and Michael Dukakis split the states between themselves. Dukakis, governor of Massachusetts and exactly the kind of Northern liberal whom Southern Democrats weren't keen on seeing in the Oval Office, eventually secured the Democratic nomination but lost in the general to Vice President George H. W. Bush. However, four years later, in 1992, Bill Clinton's campaign was resuscitated on the Super Tuesday held on Mar. 10, which ended up producing the much-hoped-for Southern moderate Democratic candidate, albeit eight years behind schedule.

The states that hold Super Tuesday contests tend to change from year to year — even the traditional date is up for grabs. That's exactly what happened during the 2008 election cycle, when a whopping 24 states ended up voting on Feb. 5, many having moved their primaries forward in an attempt to increase their importance in the national campaign. A grand total of 43 electoral contests were held that day, while only four waited until the traditional first Tuesday in March, which was dubbed "Super Tuesday II" by the press. This February Super Tuesday was an integral part of insurgent challenger Barack Obama's primary campaign. While he won one fewer state than Hillary Clinton, he captured 13 more delegates than her, coming out of the contest with a significant amount of momentum.

This year, Super Tuesday will concentrate more on Southern states — for Republicans and Democrats — than any time in the past handful of electoral contests. How ever, it will be much harder to predict who will end up winning the day than in it was with previous votes. Polling throughout the South tends to be done on an ad-hoc basis. However, it seems that this year, even less effort is being spent on polling than in 2012. The Huffington Post is currently only releasing aggregate graphs of 12 Super Tuesday primary contests out of 25, simply because there isn't enough polling to compile the data. This year's Super Tuesday is surely not going to be short on surprises.