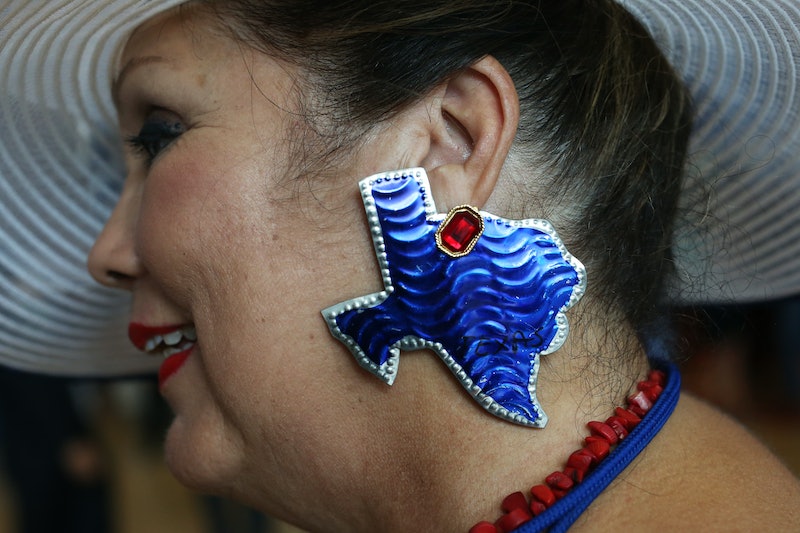 Everything is bigger in Texas. From the hats to the barbecue to the beer, the Lone Star State likes to go big and that remains true on Super Tuesday when the state doles out more delegates than any other. A total of 406 delegates will be up for grabs March 1, with Republican presidential candidates vying for 155 delegates as Democrats jockey over 222 delegates and 29 superdelegates. With such a whopping serving of delegates to divvy up, it's important to look at how Texas opts to assign its delegates. Does Texas host a winner-take-all primary? The answer isn't as simple as it appears at first glance.

There are only 10 true winner-take-all primary contests, in which the candidate with the most votes receives all the delegates, and Texas is not among them. However, although the state's Republican primary is officially classified as a proportional delegate system, its high threshold often turns it into a backdoor winner-take-all situation.

Each of the state's 36 congressional districts have three delegates to divvy up between candidates based on votes. However, things become winner-take-all when one candidate garners more than 50 percent of the vote in a district and ends the night with all three of the district's delegates. If no candidate is able to capture over 50 percent of the vote, the candidate who receives the highest percentage of votes above 20 percent is awarded two of the district's delegates with the runner-up receiving the third delegate.

After ditching its previous Texas Two-Step system (which involved primary voting by day and caucusing by night), the state's Democratic Party now also runs a primary in which delegates are proportionally assigned to candidates. However, in contrast to Republicans, Texas' Democratic party allocates delegates in one of three ways: by district votes, by statewide votes, and lastly, through superdelegate pledges.

Of the 251 delegates available to Democratic presidential candidates in Texas, 145 of them are won through district votes in which a candidate must receive at least 15 percent of the vote to qualify for proportional allocation. Statewide voting results divide up another 77 delegates using the same 15 percent threshold. Superdelegates, which are unique to Democrats, are not tied to voters' preference and instead pledge themselves to one candidate prior to the party's national convention in July.

With more delegates on the table than any of the other 11 states participating in Super Tuesday and early voting already underway to ensure as high of a voter turnout as possible in both contests, Texas is set to have a significant say in who becomes the presidential candidates facing off in the general election later this year.