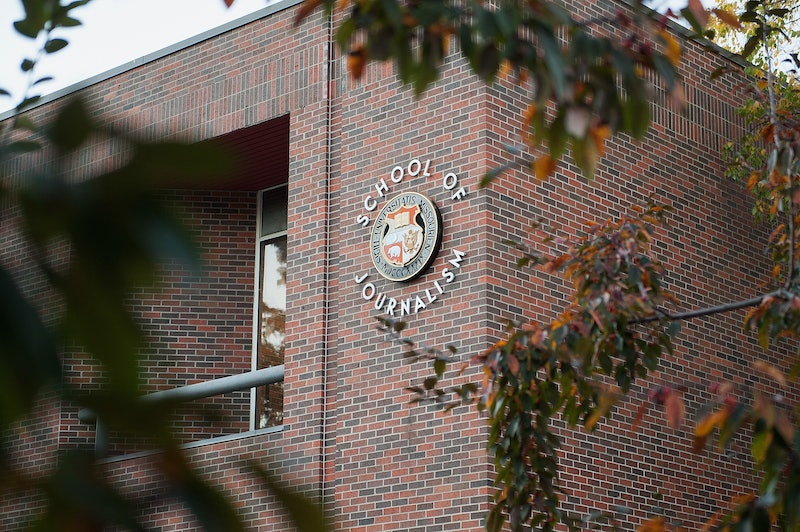 A University of Missouri assistant professor who called for "some muscle" to deal with journalists was fired Wednesday, the university announced. Assistant Professor Dr. Melissa Click, who gained notoriety after video footage of her aggressively confronting student journalists attempting to cover a campus protest and calling for "some muscle" forcibly remove them went viral in November, was dismissed following an extensive investigation by the university's Board of Curators.

Chair of the University of Missouri Board of Curators, Pam Hendrickson, said the decision to terminate Click's employment was not reflective of her support for students protesting the university administration's treatment of African Americans in a statement released Thursday.

The board respects Dr. Click’s right to express her views and does not base this decision on her support for students engaged in protest or their views. However, Dr. Click was not entitled to interfere with the rights of others, to confront members of law enforcement or to encourage potential physical intimidation against a student.

Click was suspended by the board on Jan. 25 after charges were brought against her by the city prosecutor for assaulting Mark Schierbecker, a university student. Schierbecker was confronted by Click on Nov. 9, 2015, while filming protesters yelling at and shoving fellow student journalist Tim Tai, who had been attempting to photograph an encampment set up by protesters on the university's main campus. In video Schierbecker took of the incident, Click calls for "some muscle" to remove him and then appears to grab at his camera.

University of Missouri's Board of Curators voted 4-2 in favor of Click's termination after reviewing materials, video footage, and interviewing more than 20 witnesses. Hendrickson said the board "believes that Dr. Click’s conduct was not compatible with university policies and did not meet expectations for a university faculty member."

In a statement released Thursday, Schierbecker said he was happy with the board's decision to fire Click and hopes the incident can serve as a catalyst for further discussion of First Amendment issues at the university. "I am disappointed by the lack of response from some of the faculty who chose not to act on this for over two months," Schierbecker said. "I am embarrassed that the Board of Curators had to act because the faculty would not."

Shortly after Schierbecker went public with footage of his confrontation with Click, the Columbia Police Department released video taken at a separate protest on Oct. 10, 2015, by two police body cameras. The video showed Click using the F word at a cop pushing protesters attempting to block the University of Missouri Homecoming parade back onto the sidewalk.

In her official response to the board's investigation, Click said she felt the report "omits a number of crucial descriptions and events that give context to my actions," including what she refers to as a tense environment of escalating racial tension. Click, who has not yet issued a statement on the board's decision, will have the ability to appeal her termination.