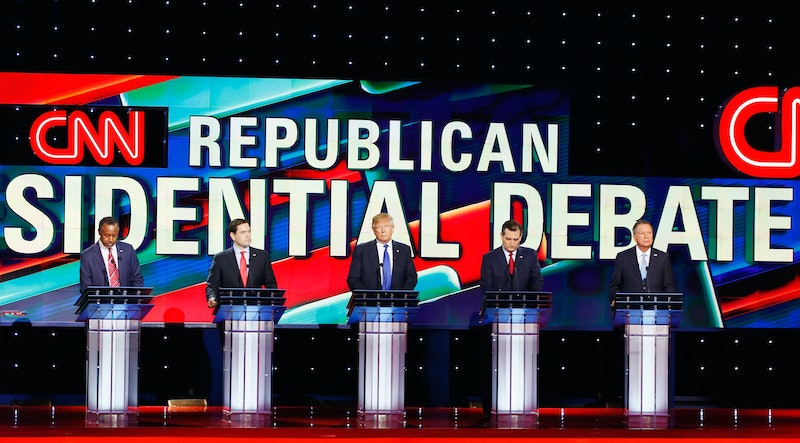 At the 10th Republican debate on Thursday, Donald Trump defended Planned Parenthood... kind of. He said that it helped "millions of women," yet also said he'd "defund it" nonetheless. So... where does that leave us? It leaves us right where we started: With the most bizarre Republican primary in recent memory.

However, Trump then added that he "wouldn't fund it," because abortions.

It's practically unheard of nowadays for a Republican to defend Planned Parenthood in any way, shape or form, even if they do ultimately think the organization should be defunded. In all likelihood, Trump is setting himself up for the general election. By admitting that Planned Parenthood does benefit a lot of women, he's trying to inoculate himself against Democratic attacks that he's part of the "war on women."

Amazingly, Trump was actually applauded this time around for both defending and calling to defund Planned Parenthood, which once again drives home that this is a Republican primary like none you've seen before.