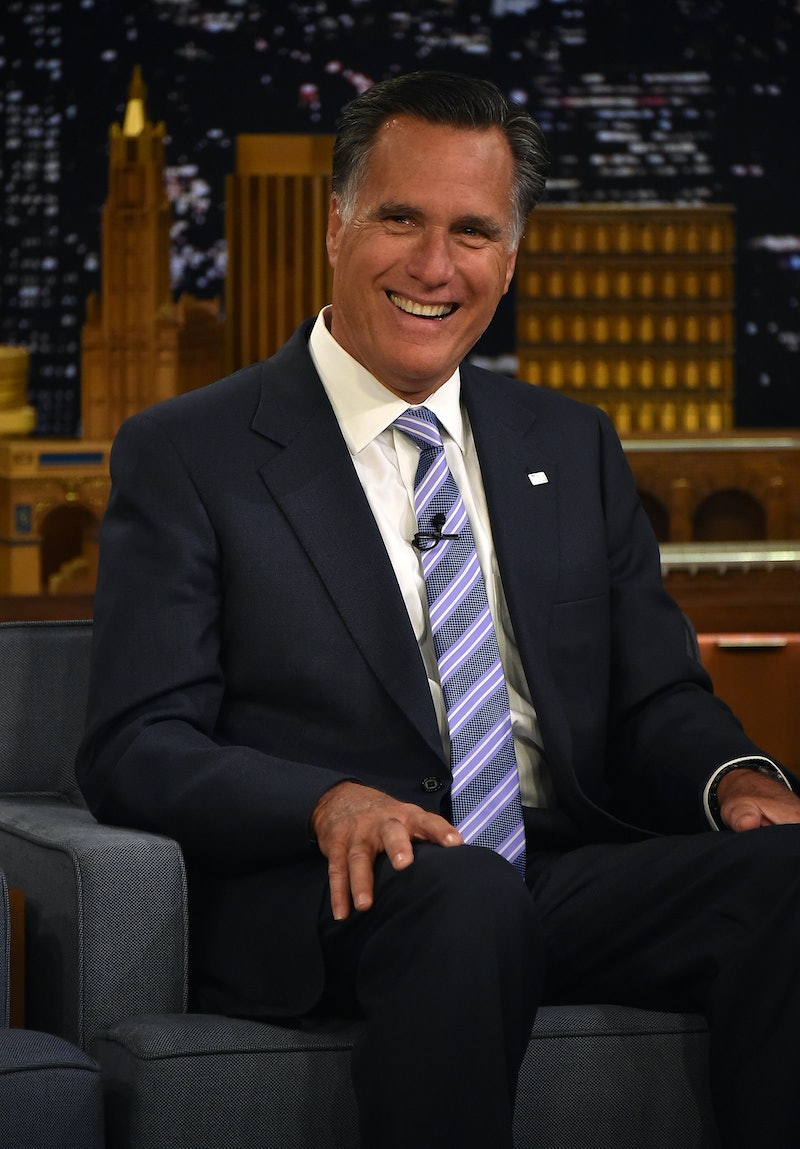 On Thursday night, Republican presidential frontrunner Donald Trump took a direct shot at the last person to win the nomination, and it didn't go unnoticed ― Mitt Romney responded to Donald Trump saying he "looks like a fool," again needling the billionaire businessman over his tax returns.

It's a line of attack that Romney's been mounting for a while, although it's not so much a personal attack as an implied ethical one. Basically, Romney called on Trump to release his past tax returns earlier this week, insisting that the voters had a right to see inside the books, along with a very suggestive hashtag: #WhatIsHeHiding.

It's a delicious sort of turnabout for Romney, given his own rather tortured history on this subject ― as Trump mentioned during the debate, he held out on releasing his tax returns for a long while in 2012, ultimately caving in after a similar (if even more trollish) demand by then-Senate Majority Leader Harry Reid, who openly speculated on the floor of the Senate that Romney hadn't paid any income taxes in 10 years.

In fairness to Romney, the "fool" line wasn't the only shot Trump's taken at the former GOP standard-bearer. Quite to the contrary ― he's also lambasted Romney as a "dope," a "terrible candidate," and indeed, "one of the dumbest and worst candidates in the history of Republican politics." He followed up the vociferous criticisms by trashing Romney some more in his post-debate interview with CNN's Chris Cuomo, again accusing Romney of losing a winnable campaign against President Obama, and claiming that the former GOP nominee "disappeared" for the last couple of months of his 2012 campaign.

It's not terribly surprising, obviously ― the cardinal rule of the Trump political philosophy, if there truly is such a thing, is to attack when attacked, and to always dish out a little bit more than you absorbed. That approach was on full display all night long on Thursday night, with barbs flying from the frontrunner squarely into chief rivals Marco Rubio and Ted Cruz. It was basically a foregone conclusion that Romney would draw some flak after deciding to weigh in, although that sure didn't make it any less dramatic or bombastic.