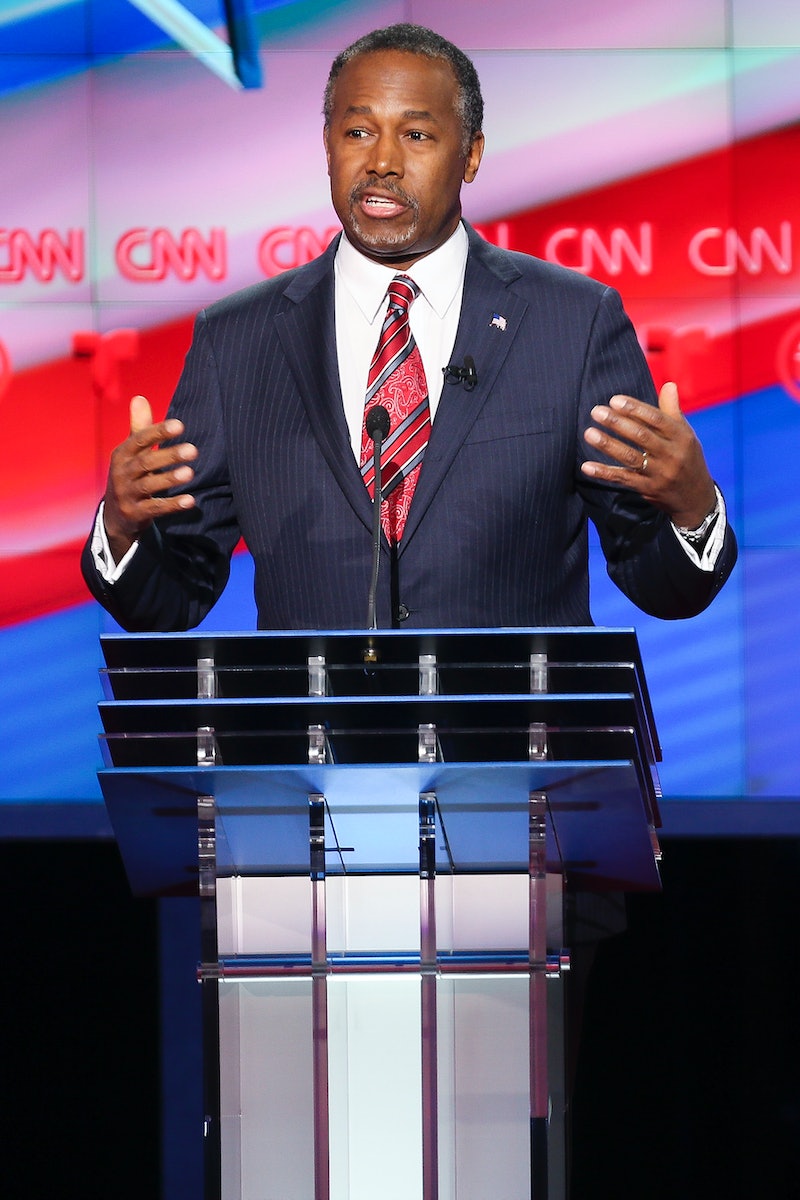 Standing on the sidelines for much of the 10th GOP debate Thursday night, Ben Carson begged the other GOP candidates to attack him and let him in on all the action. The debate rules generally dictate that candidates can respond when attacked by an opponent, so Carson was really just trying to get more air time. The retired neurosurgeon wasn't a concern for Donald Trump, Ted Cruz, Marco Rubio, or John Kasich, as most of the men focused on attacking the GOP frontrunner (besides Trump himself, of course).

CNN moderator Wolf Blitzer paid the most attention to Trump, Cruz, and Rubio — the top candidates in the center of the stage. Carson and Kasich both made a few cracks about not getting much time to talk to voters watching the debate, but Carson got especially testy about being ignored and said: "Can somebody attack me, please?" Because it was in his typical calm voice, the plea didn't get much of a response from the other Republican candidates. Someone did bring up Carson's name later on, but it didn't really qualify as an attack and he wasn't given a chance to speak. "My name was mentioned. My name was mentioned," he said desperately to whoever would listen (i.e. no one).

Despite polling in second place months ago, Carson hasn't been able to make much of an impact in debates or primary elections thus far. The fact that his opponents didn't bother to attack him further proved how irrelevant he's become in the race for the GOP nomination — first voters stopped caring, then his rivals stopped caring.