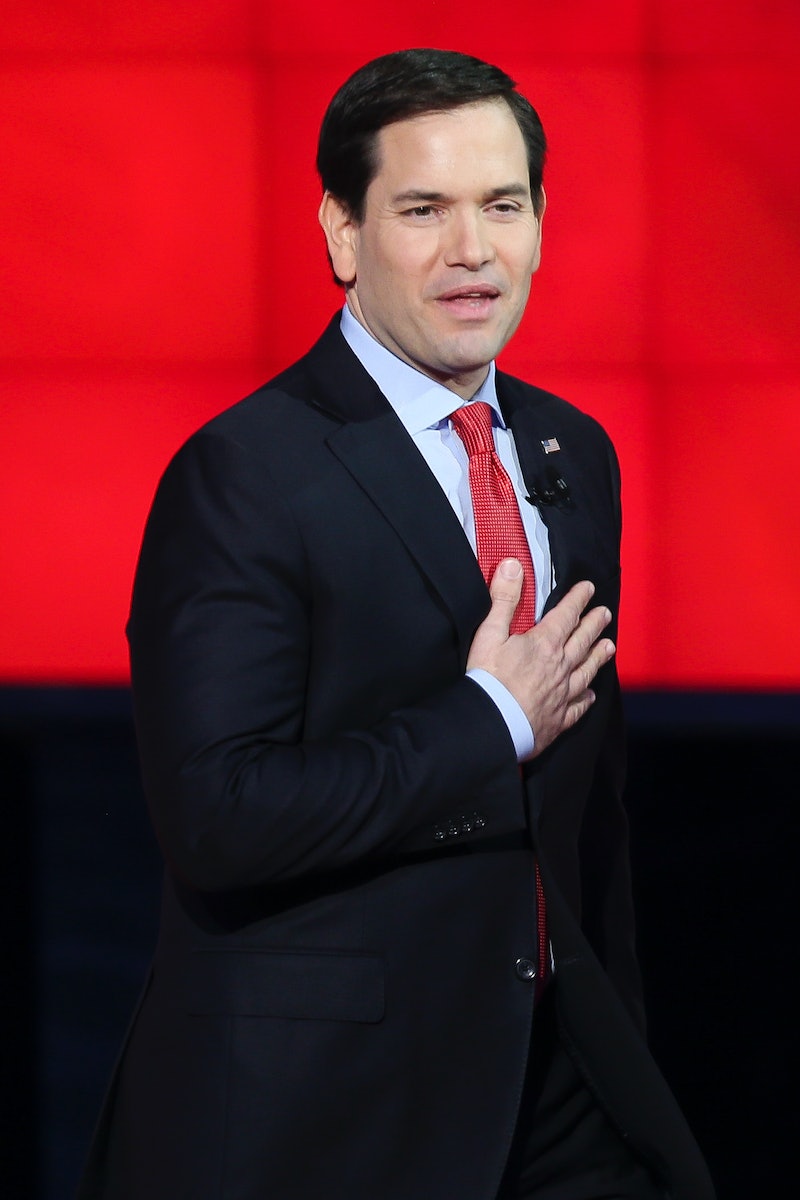 Well, that's a wrap! If you've been keeping count, you just hit double digits ― that was the 10th Republican presidential debate, broadcast live from Houston, Texas. And it was every bit the explosive affair that the pundits and prognosticators presumed it would be, with fast-flying attacks both coming from and landing on frontrunner Donald Trump. And perhaps the most aggressive ones came from the lectern to his immediate right ― here are 4 Marco Rubio zingers from the GOP debate, although ones intended more to win over support than win some chuckles.

Make no mistake, this was probably the best debate Rubio's had in the race so far, if only because he toughened up a little and was willing to launch some pointed attacks on Trump's record. He brought up the belligerent businessman's corporate bankruptcy history, his alleged use of undocumented foreign workers to construct Trump Tower, his refusal to release his tax returns, and hey, he even accused Trump of repeating himself! It was a well-delivered moment, although obviously, he was only himself repeating what he first heard from Chris Christie.

Here were some of Rubio's sharpest lines from Thursday night. It remains to be seen whether all the work will actually get him anywhere, but it must've felt nice to cut loose, if nothing else.

If he builds the wall the way he built Trump Tower he'll be using illegal immigrant labor to do it.

One of the early hits against Trump, Rubio referenced Trump's alleged use of undocumented Polish workers in the construction of the iconic Trump Tower.

2. "A Cardboard Cutout Of Donald Trump"

Trump tried to make some hay out of Rubio's disastrous performance in the eighth GOP debate ― that of Chris Christie and the Marco-bot ― but when Trump himself reiterated his support for allowing health insurance sales across state lines, Rubio unloaded.

What is your plan? What is you plan on health care? You don't have a plan! I'll give him one minute of my time to tell me his plan.

Not his most cutting or artful line, but still one that drew some big applause from the assembled crowd ― Rubio challenged Trump to detail his specific plan on health care, and offered up some of his own speaking time to facilitate.