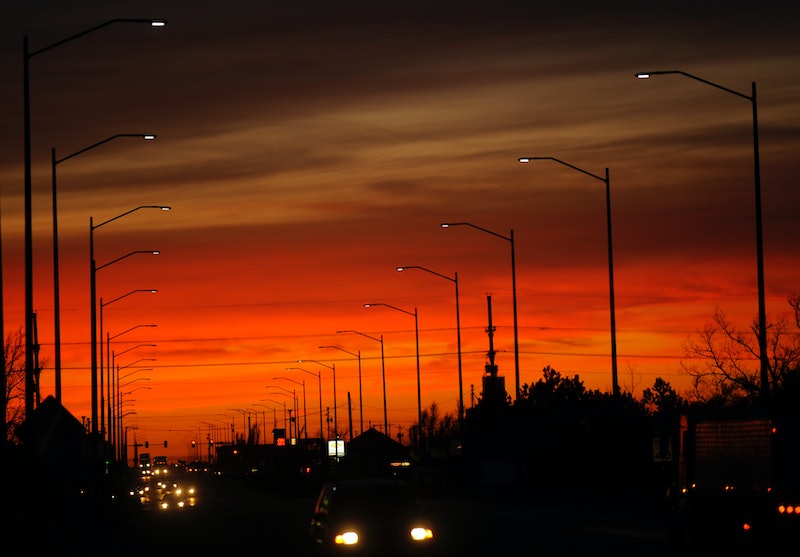 A mass shooting occurred in Harvey County, Kansas on Thursday. The incident spanned three locations in the towns of Newton and Hesston. At least 14 people were injured over the course of this tragic shooting and at least four people were killed, including the suspect. All of the fatalities occurred at Excel Industries in Hesston. Law enforcement responded swiftly and were able to detain and fatally shoot the suspect shortly after gunfire was reported at the facility at around 5:30 p.m. There is not a concrete timeline of the Kansas shootings, though each location in which a shooting was reported tells the story better than a timestamp could.

During a press conference, Harvey County Sheriff T. Walton provided a brief summary of what unfolded over the course of the evening. Walton said:

At about 5 o'clock today we had a report of a shooting at 12th and Meridian in Newton. This was a vehicle that had been shot at. As officers were responding to that, we had further reports coming in of a shooting at Meridian and Hesston Rd. As other officers were responding to that, we had a report of an active shooter inside Excel, here in Hesston. As of now, there's a lot of thing going on. There are known deaths in regards to these shooting. There are a lot of shot victims.

The victims in the Kansas shootings have yet to be identified. Walton has assured the media that, once the coroner gains entry to Excel Industries, he will begin the process of identification. Law enforcement officials are reportedly attempting to gain entry into the home of the suspect, though they are allegedly being stopped by a man at the residence. What unfolded in Harvey County may have taken place within the span of mere miles but the tragedy has reverberated far beyond the state of Kansas.

As per Walton's statement to the press, gunfire was first reported at the intersection of 12th and Meridian in Newton. The location appears to be rather desolate. A Google Street View image of the intersection shows desolate fields, crops, trees, and new blacktop on Meridian Road. It is here that the suspect reportedly began opening fire, shooting and injuring one person in the shoulder as well as shooting two vehicles. The suspect's vehicle had reportedly also been shot near this location. It's unclear the condition of the injured bystander, who is just one of over a dozen people affected by the gunfire.

The suspect began driving north on Meridian, reportedly heading towards Highway 81. He made it around two miles before allegedly opening fire yet again. Shots were reported near the intersection of Meridian and Hesston Rd in Newton. One person was reportedly shot in the leg. It's unclear whether the person who was shot was struck before or after the suspect stole a silver pickup truck.

The suspect began traveling northwest on Hesston Road and headed to his place of employment just off the busy thoroughfare in Hesston. Shortly after the suspect pulled up the stolen silver pickup truck, law enforcement received reports of gunfire coming from the parking lot of Excel Industries. One person had been shot in the parking lot before the suspect then entered the building and began shooting near the paint line in the facility. While inside, the suspect reportedly shot at least 15 people, three of whom were killed. Law enforcement approached the suspect and fatally shot him shortly after.

Law enforcement responded swiftly to the incident and so, too, have Kansas politicians. Gov. Sam Brownback, copious congressmen and women and the Newton Police Department have all shared messages of support and solidarity following the Kansas shooting on social media. Flags around the state will be lowered to half mast as a tribute to the victims of the shooting all who were affected by the tragedy that unfolded on Thursday night.