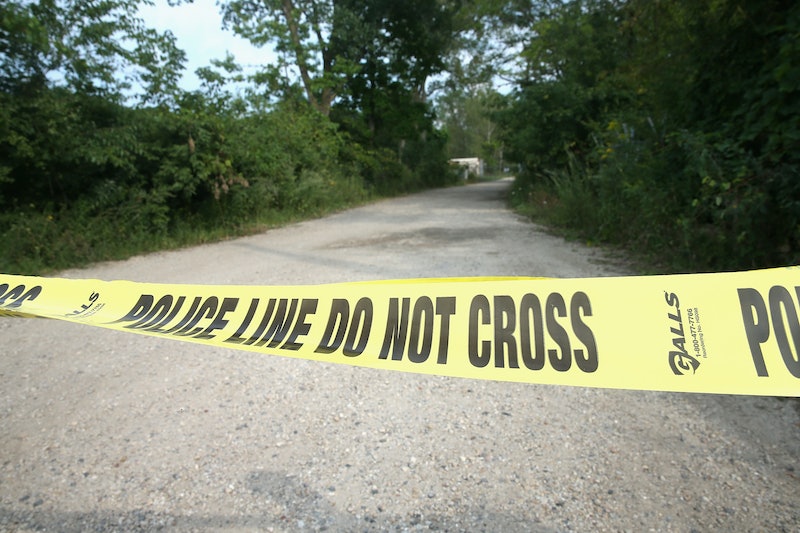 On Thursday, a mass shooting in the city of Hesston, Kansas claimed three lives and left 18 more wounded, yet another grisly, high-profile spree of gun violence. The suspect, the fourth death, was subsequently slain by law enforcement outside an Excel Industries plant, a law care products manufacturer. The entire thing reportedly lasted less than 30 minutes, played out across three different locations, and according to Mass Shooting Tracker, it was the 33rd mass shooting of 2016. Simply put, it's a horrifying state of affairs. Here's one tweet about the Hesston shooting that feels apropos right now, with the political process rolling along through shooting after shooting.

The sentiment comes from Harold Itzkowitz of The National Memo, and it serves as a decent reminder of how easily the heat of a presidential race can detract from the crucial issues facing society ― even existential ones. Obviously, it never seems like there are any feasible political options out there to help combat gun violence, both because the political will doesn't exist (the Republicans control both houses of Congress, which is the end of any discussion of legislation), and because the challenge is so stout, with more than 300 million guns in the United States. But that doesn't make it any less gutting or upsetting.

As it stands now, 2016 has actually been an improvement on 2015 as far as mass shootings are concerned. At least, according to Mass Shooting Tracker's criteria― while federal statutes define "mass killing" as when three people or more are killed, they identify a mass shooting as one in which four or more people are shot or killed, including the shooter if they're slain. While fair-minded people can disagree about this methodology, it does seem like an obviously superior definition, considering that the FBI definition would claim 10 people being shot wasn't a mass shooting, provided that none of them died.

By those standards, 2016 has had 33 American mass shootings in just 56 days. That number sounds alarming, and indeed it is, but it's actually a depressingly vast improvement on last year ― Mass Shooting Tracker identified 330 shootings in 356 days in 2015, narrowly off a one-per-day pace. In fact, for much of the year, the figure was keeping ahead of that pace. Basically, even despite briefly improving for a couple months ― a small sample size, however, and well before the summer months when shootings tend to spike ― the situation is deeply depressing, something worth paying some serious mind and some solemn respects.