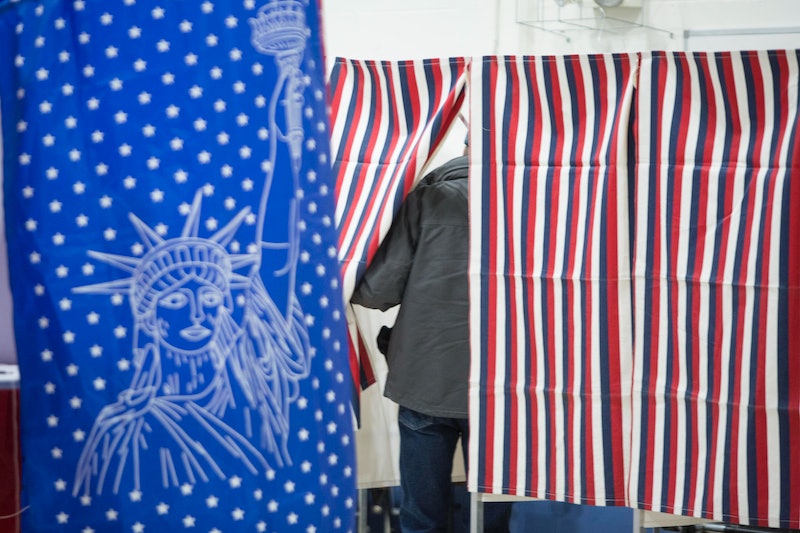 On Tuesday, March 1, a whopping 12 different states will be heading to their respective primaries or caucuses to make their picks for the 2016 presidential race. It's competitive and contentious on all sides, between the grinding battle between Democratic frontrunner Hillary Clinton and staunch challenger Bernie Sanders, and the five-way (but really three-way) race on the Republican side. In short, you need to get ready! So, here's a good question: when does Super Tuesday end?

It's important to know, right? After all, if you're living in one of the 12 states, and you don't know when voting shuts down for the evening — when the polls or caucuses close, specifically — then you might miss out. Of course, considering you never quite know what turnout is going to look like, it's probably best to get out there early anyways, but not everybody's work schedule allows for that sort of thing.

So, when will Super Tuesday end? Depends on where you are. Here are the expected closing times for the states that will be casting votes come March 1 — remember, if you're going to be voting in one of these, you could very well be voting in the last truly significant event of the primary schedule!

Make no mistake, this is going to be a crucial day of voting, and it's going to have massive implications for both party races going forward. On the Republican side, you're talking about a chance for billionaire businessman Donald Trump to put the finishing touches on his once-unthinkable hijacking of the GOP, and on the Democratic side, you're looking at what could be (according to the polls, at least) the last day of Bernie Sanders' tenure as a credible challenger to Hillary Clinton.

In short, it's going to be huge, and if you're living in one of these states you should be sure to take part. You know, do your civic duty and all that! After all, as it stands now, the Republicans are putting the Democrats to shame as far as turnout is concerned, so maybe some of you progressive voters out there should come out in fuller force.