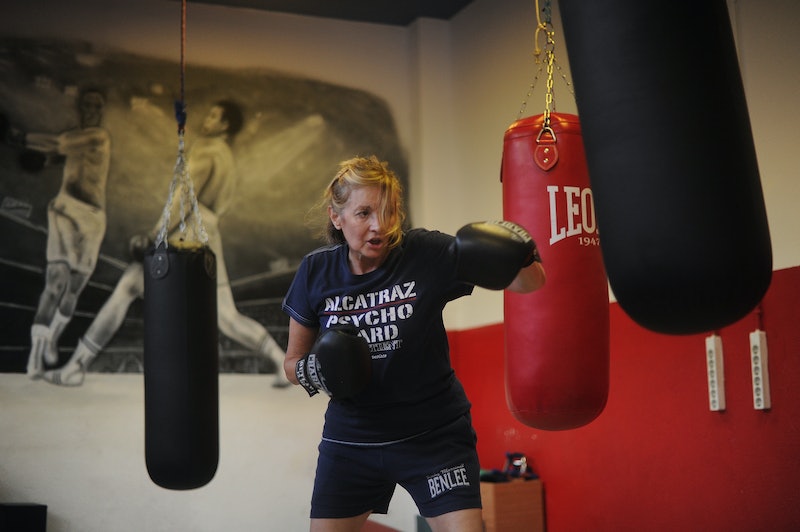 I say "women-only gym," you say...Curves? Some other place only your mom would work out? Sex-segregated fitness facilities were once seen as solely "for out of shape women of a certain age," Reuters notes. But younger women and fitness buffs are coming around to the same-sex gym concept. Why?

Leanne Shear, founder of Manhattan-based women's gym Uplift Studios, points out one plus side: Workout equipment that's better suited to women. No one's saying all the equipment should be pink, but there is something about the weight rooms and resistance machines at most co-ed gyms that seems oriented toward men. Ladies-only gyms allow for equipment that's tailored toward women, in both appearance and functional design. For instance, Shear's studio includes "an elliptical machine with a smaller stride" and smaller dumbbells instead of huge plates and bars.

Shear also thinks sex-segregated gyms give women a chance to build camaraderie. She told Reuters they're a venue for female-style networking on par with what the old boys do on golf courses. This is the kind of thing one hears pretty frequently — yoga is the new networking event for women! Spinning class is the new golfing for female executives! I'm suspect, chiefly because golfing gives you a lot of time to chill and talk and bond in a way that exercising really doesn't. Plus, the idea still excludes women from "male" networking opportunities. [And is it just me or do drinking, golfing, and riding around on a little motorized cart sound like a much more fun way to bond than sweating on an elliptical machine together?]

I couldn't find any stats on the prevalence of women-only gyms, or whether they're actually catching on beyond Curves and boutique NYC gyms. But it is worth nothing that Curves is making an effort to attract more younger women. This January, locations around the country began introducing a high-intensity circuit training workout designed by Jillian Michaels.

Perhaps the best reason for newfound interest in women-only gyms is the same old reason that made Curves popular: The chance for women to work out free of the self-consciousness or distraction men induce. Whether it's anxiety about being ogled or embarrassment about using five-pound weights, some women simply feel uncomfortable working out under the male gaze. And some can't help but be distracted by male abs. Either way, women's only gyms provide a solution.