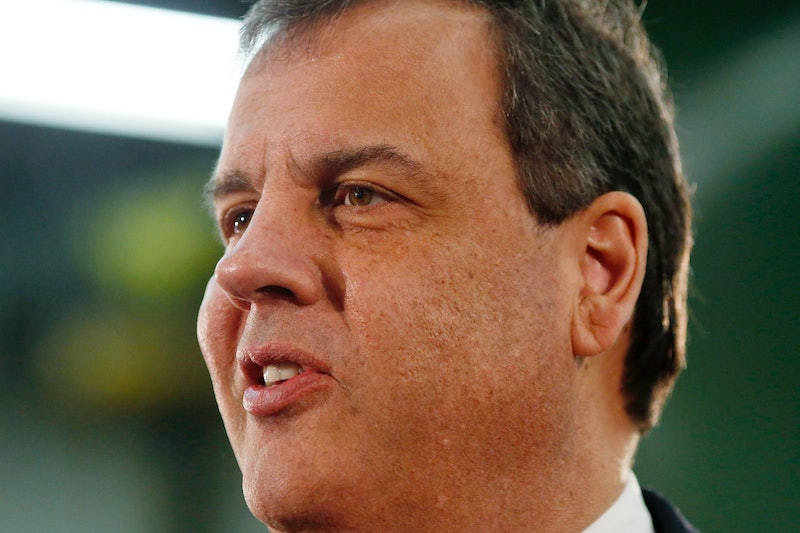 Friday afternoon, New Jersey Governor Chris Christie held a press conference in Fort Worth, Texas to publicly endorse Donald Trump for the Republican party's nomination for president. Christie told a room full of reporters that Trump has been a good friend to him and is a man who keeps his word, which is what America needs in a leader. The sudden endorsement raised the question: Is Christie vying to be Trump's vice president?

Trump has dodged requests to name possible running mates should he win the GOP nomination, but Christie could be a viable option. The governor highly praised Trump in his endorsement Friday, saying the real estate magnate is the best person to keep a Democrat out of the White House in 2017. "The single most important thing for the Republican party is to nominate the person who gives us the best chance to beat Hillary Clinton," Christie said at the press conference.

He thanked Trump for stepping out of the private sector to help the country, applauding the way his business experience and anti-establishment attitude is changing the election. "He is rewriting the playbook of American politics," Christie said. As the only former candidate to back Trump so far, Christie's enthusiastic support for the GOP frontrunner could be an attempt to cozy up to Trump and become his vice presidential running mate.

Recognizing the potential, a reporter at the press conference asked Trump if Christie might be his choice for vice president. Trump responded by saying: "We did not talk about it, but he certainly has a lot of talent." So, maybe. Christie's answer to whether or not he would run alongside Trump similarly left the possibility open without saying anything definitive. He said he fully intends to finish his term as governor and then transition into private life to make money like Trump. "I haven't been offered any position and I don't speculate on those things," Christie said, not denying that he would accept the offer.

Just days ago, Trump said in a Q&A at Regent University that he will likely choose a running mate who has political experience to balance out his inexperience. "I do want somebody that's political, because I want to get lots of great legislation we all want passed," he said. As a current governor, Christie definitely fits the bill.

Christie said he will lend his support to Trump in any way he can leading up to the election in November, assuming that he wins the GOP nomination. "He is a good friend," Christie said of his new pick for president. "He is a strong and resolute leader."