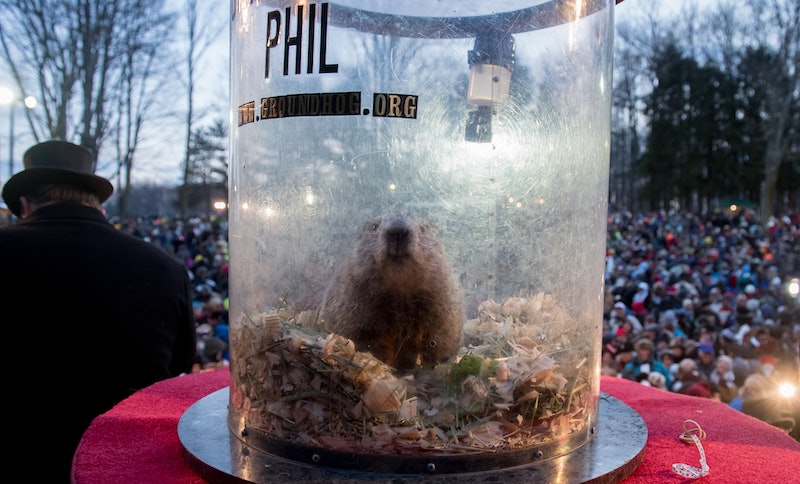 The bad news: On Groundhog’s Day yesterday, Punxsutawney Phil saw his shadow, which means we’re due for a long winter this year. The good news: Phil might be wrong!

Fun fact: When all of Phil’s predictions since Groundhog’s Day began in 1887 are tallied up, he’s correctly predicted whether we’ll have a long winter or an early spring 80 percent of the time. BUT! That still leaves 20 percent of inaccurate predictions! Even better, according to StormFax Weather Almanac, between 1988 and the present, he’s been wrong more often than he’s been right.

Still with me? Good. So take the following years as examples: In 2012, 2009, 2006, 2005, 2000, 1992, and 1991, Phil saw his shadow, which should have meant we were in for a long winter. However, the average temperatures in February and March recorded for each of those years were warmer than the century averages. The results? A series of pleasantly surprising, early springs. If we’re lucky, the disgusting weather we’re having today — well, disgusting in the Northeast, at least — will be an isolated incident, blowing away like so many clouds after a particularly nasty storm. Raise your hand if you hope Phil was off his game this year!